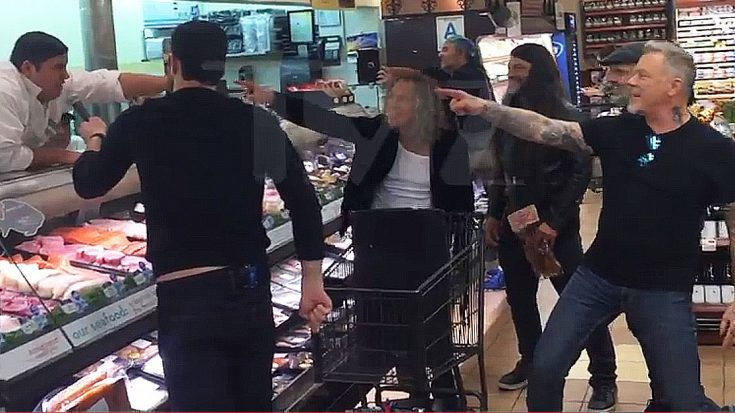 Yep, You Read That Right

Don’t ever let it be said that Metallica isn’t a fun band, because this week alone has proved that James, Lars, Robert, and Kirk are actually pretty hilarious, down to earth guys. Last night saw the Bay Area thrash rockers converge on a Hollywood grocery store where they stopped at the store’s deli for an impromptu “Enter Sandman” jam session with the deli clerk. The stunt was part of Metallica’s appearance on Billy Eichner’s Billy in the Street and thankfully, a paparazzo was there lurking in the aisles and caught the entire performance on camera for your viewing pleasure.

The moral of the story? Don’t hate grocery shopping so much – you might be lucky enough to run into Metallica.