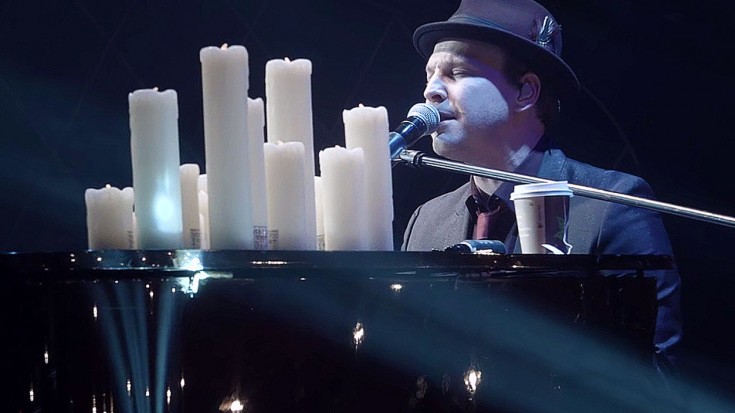 Soul For A Brand New Generation

Fans in Oslo, Norway had their hearts stolen last winter when singer-songwriter Gavin DeGraw’s first ever acoustic tour rolled into town, treating them to an intimate evening full of delicious acoustic spins on some of Gavin’s best loved songs. Dressed for the occasion in a smart black suit, red tie and fedora and perched behind his piano topped with white pillared candles, Gavin’s star power was in full force as he channeled the soul singers of old for the bluesy “Stealing”; featured on 2011’s Sweeter, “Stealing” is a soulful declaration from a man to the woman he loves, insisting she give his heart back if she doesn’t plan on treating him properly, and we can’t get enough!

It’s no secret that Gavin’s a fan of soul legends like Sam Cooke (whose “A Change Is Gonna Come” was covered by Gavin for 2004’s Chariot (Stripped)) and Otis Redding, so hearing their influences in “Stealing” isn’t a surprise – but it’s when he leaves his piano at 4:30 to approach the crowd, open the throttle and fully channel that bone deep, classic soul feel that makes us firmly believe that Gavin DeGraw isn’t merely influenced by the likes of Cooke and Redding – he’s our generation’s answer to these legends.

An absolutely outstanding performance from one of our favorite singer-songwriters, please be sure to relive the magic in the video below and consider your hearts officially stolen!