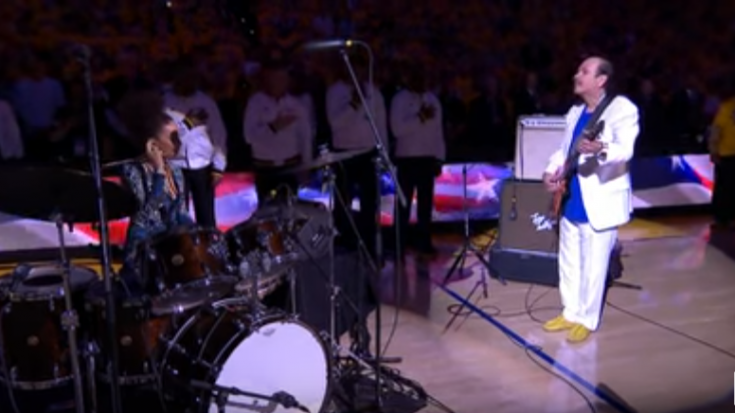 Before the Golden State Warriors took on the Cleveland Cavaliers in Game 2 of the NBA Finals, Carlos Santana (who happens to be a Bay native and a long-time Warriors fan at that) performed an instrumental rendition of “The Star-Spangled Banner” along with his wife and drummer Cindy Blackman. The duo played a rousing rendition and featured the iconic guitarist’s own distinctive guitar sound. The Oracle Arena further added fire to the performance with fireworks and flames. It’s literally one scorching hot number.

If you can still remember last year, still with the Golden State Warriors VS Cleveland Cavaliers, the duo were tasked to perform the national anthem during the Game 2 Finals too. Talk about nostalgia! The game results were different back then though. Needless to say, for the second time in a row, fans were absolutely thrilled that the legendary musician was back at the Oracle Arena. The duo must’ve brought luck to the team!