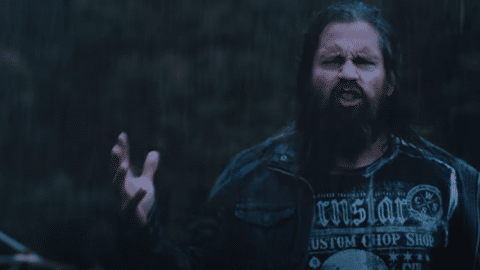 Check Out The Metal Cover

State of Mine took on Garth Brooks’ 1990 song “The Thunder Rolls” and gave it a metal makeover. They did justice to the classic, and they added their own flavor to it. Brooks would definitely approve! In February, this version with No Resolve debuted at No. 1 on Billboard’s Hot Hard Rock Songs chart.

“The Thunder Rolls” was written by Brooks and Pat Alger. Brooks was still a struggling songwriter when he penned it. Originally featured on Brooks’ 1990 album “No Fences”, it was actually recorded by Tanya Tucker first but was shelved and only released on her 1995 self-titled boxed set. Brooks was disappointed that she didn’t use it, and so he asked her if he could record it instead.

“[Garth] came in and said, ‘What if we write a song about somebody who’s cheating on his wife, and every time he does it, the thunder rolls.’ And I kind of laughed,” Alger told SongFacts. “I thought it was kind of a joke. And as most of my co-writing goes, we sat and talked a while about it. And then we started to develop a scenario and it became less of a joke and more of a cool thing.”