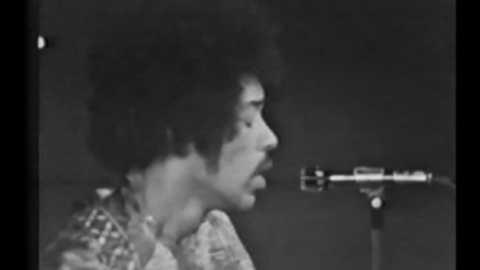 This is the Swedish concert performance of “Spanish Castle Magic”. It was produced by Chas Chandler but it was written by Jimi. It is off the album Bold as Love. It is said that the words or lyrics are referring to a club from the hometown of Jimi which is Seattle. This was one of his go-to songs whenever he performed concerts.

So basically the story behind “Spanish Castle Magic” is while Jimi was in high school and he would often go to a roadhouse called “the Spanish Castle” where a lot of local rock bands would play. He explains how sometimes it was troubling just getting to the club because of his bass player’s car that would fail all the time and shut down! Lol.

“Once you know the legend of the Wailers at the Castle and the facts of Jimi’s attendance there, the lyrics of his ‘Spanish Castle Magic’ seem haunted by homesick nostalgia: ‘It’s very far away, it takes about half a day to get there if we travel by my…uh…dragonfly,’ he sings, in the voice of a kid stranded a couple continents from home.” – Rock critic Dave Marsh

In the video on bass is Noel Redding who usually would play an 8 string Hagstrom. In the studio version, Jimi overdubs the Octavia effects unit and also with some piano jazz chords. This is an awesome video and hope you really enjoy!