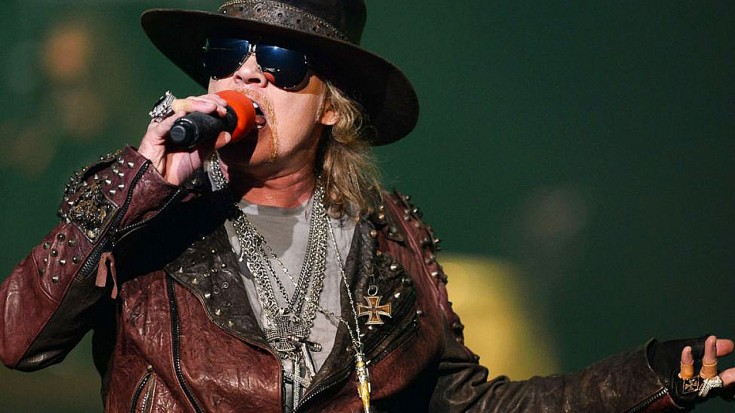 Whether you’re heading out this summer to see Guns N’ Roses on their Not In This Lifetime Tour or classic rock kings AC/DC on their Rock Or Bust Tour, one thing is clear: Axl Rose is about to be one busy, busy man and so far it looks like he’s more than ready to rise to the challenge! In fact, just yesterday we got a glimpse into what a Rose fronted AC/DC is going to sound like thanks to AC/DC fans in Lisbon, Portugal who camped outside of the band’s rehearsal space and snagged one of the first recordings of Axl and AC/DC rehearsing “Thunderstruck” – and we were not disappointed.

Fun Fact: “Thunderstruck” has sold over a million digital copies since it became available for digital download.

We’ll admit, the audio isn’t particularly high quality since again it was recorded from outside the rehearsal space – so you may want to crank it up or throw on your favorite headphones! –  but still, it’s loud enough for fans to get a sample of what they can expect to hear from AC/DC; this is the best Axl has sounded in years, and from what little we can hear of “Thunderstruck” it’s clear that working with legends like AC/DC has really whipped him into shape. With a band of that caliber, there’s no room for shenanigans or overinflated egos and from the sound of things, Axl is really taking his role as their lead singer seriously – perhaps even more so than with his own band.

You can check out the audio below and don’t forget – sound off and let us know what you think!