Remember The Time Stevie Nicks And Prince Wrote A Song Together? We Do, And Here’s The Demo 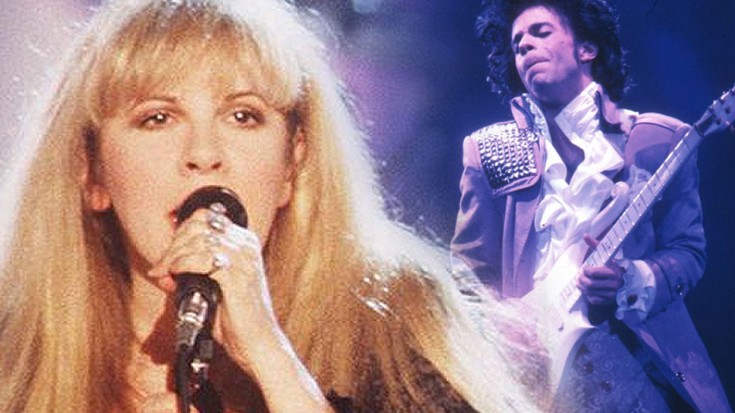 It’s no secret that Fleetwood Mac singer Stevie Nicks was devastated by the death of her friend Prince, who two weeks ago was found dead at his Paisley Park estate at the age of 57. A visibly heartbroken Nicks took to social media to grieve the loss of the man she called her “dove” and in the days following his death,  stories surfaced of brief moments in two equally busy schedules that allowed Stevie and Prince to work together on small projects here and there – including the demo they recorded. Known as “All Over You,” the demo has been floating around for several years with some doubt expressed as to whether it’s actually Stevie Nicks and Prince, although late last week “All Over You” was added to Fleetwood Mac’s official YouTube account for the first time ever.

Fun Fact: “Stand Back” was inspired by Prince’s “Little Red Corvette” – in fact, when Stevie told him so, he came down to the studio that night and played synthesizers on the track!

It’s an incredibly rough demo; never officially mixed or released, it sounds almost like nothing Stevie, but that’s what we love about it – even musicians like to get together and have a good time in the studio without worrying about it actually being heard and judged! Be sure to check out “All Over You” in the audio below and don’t forget to let us know what you think!