Slash Takes The Stage And Shreds What Many Guns N’ Roses Fans Refer To As His Best Solo Ever! 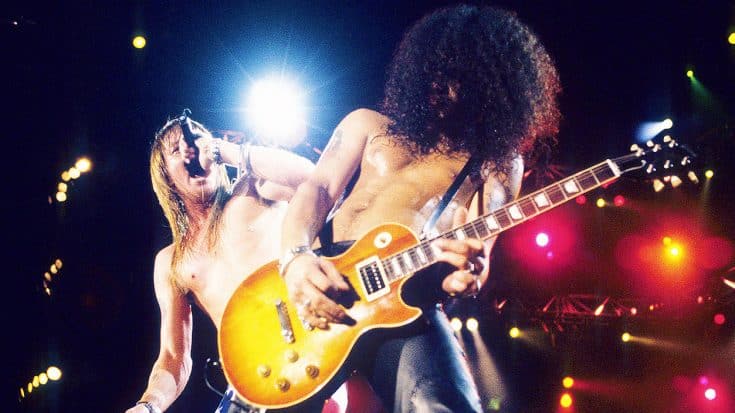 Before the top hat and sun glasses!

Today, we celebrate the man, the myth and the legendary Slash’s 51st birthday! Slash was born on this day in 1965 in Hampstead, United Kingdom. His work with Guns N’ Roses skyrocketed him to fame, and throughout his career he has built up a very successful solo gig! He’s widely regarded as one of the best guitarists in rock n’ roll, and deserves to be celebrated!

Looking back on Slash’s great moments, this specific solo will always come to mind! Back in GNR’s early days, Slash shredded a phenomenal solo which revolved around the theme song of the movie masterpiece The Godfather. Slash has always been known for busting out the theme from time to time in his solos, and the crowd always digs it!

Check out the amazing video down below, and join us in celebrating Slash’s 51st birthday! Happy Birthday, Slash! Keep rockin’!