Slash Narrows Down His Favorite Album 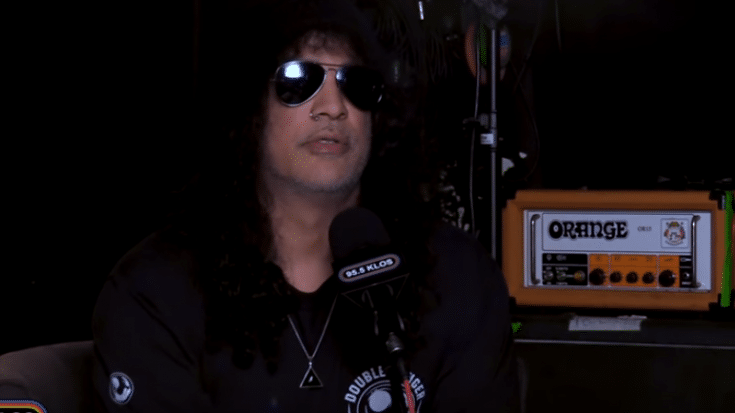 Slash recently appeared on KLOS’ “Jonesy’s Jukebox” where he talked about how he started playing the guitar, and also shares his all-time favorite album. But of course, it’s hard for him to pick just one. He then said, “Sabbath is one of my favorite bands, but I think if I was going to name a favorite record that has been a favorite for all my life it would probably be either Beggars Banquet or Let It Bleed from the [Rolling] Stones.”

He also added, “Actually, Sticky Fingers, Let It Bleed, Beggars Banquet, Exile on Main St. — those four records in a row are pretty much my favorite music of all time.”

You can check out the rest of the interview below.

Guns N’ Roses continues to expand their 2020 Not In This Lifetime tour. It kicked off almost four years ago and with such massive success, it became one of the highest grossing tours of all time. 2019 was also quite a year for them since the music video for their 1987 smash single Sweet Child o’ Mine reached one billion views on YouTube.

Meanwhile, fans are still waiting for any news about an upcoming album. This will serve as the follow-up to 2008’s Chinese Democracy.