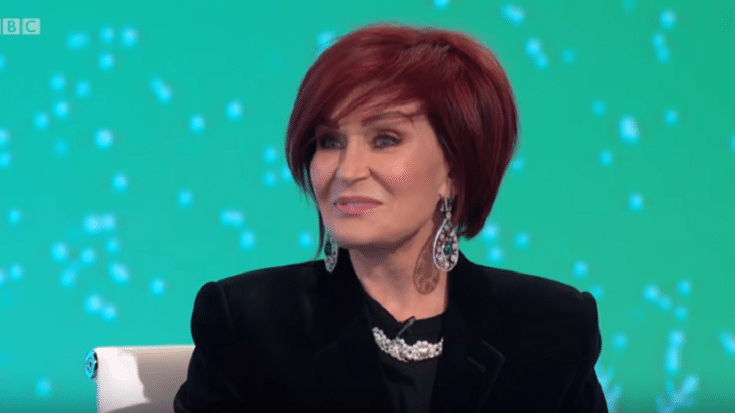 During an appearance on the BBC’s Would I Lie to You?, Sharon Osbourne revealed something that we don’t exactly know what to make of. She said she once fired one of Ozzy’s assistants after sending him into a burning house all because “he showed absolutely no sense of humor during a house fire.”

It happened on a Christmas night when Sharon and Ozzy lit a big candle in the living room just before going to bed. They then heard a fire alarm go off, and Sharon sent Ozzy down to check. Ozzy started screaming her name and when she went down, Ozzy had half his hair and arm sling caught on fire.

After trying to put out the fire with a magazine, Sharon pushed Ozzy out and she doused the fire on Ozzy using the outdoor fountain. Apparently, all of these happened while the assistant slept in the guest house. Sharon said, “So I go into the guest house, and he’s going, ‘Everything all right?’ And I’m like, “No! House is on fire! Get out! Help! Go in, get the paintings out!”

The assistant helped rescue their dogs and when the paramedics arrived, they gave him an oxygen mask. And this angered Sharon. She recalled, “So then I said to him, ‘How very dare you! You work here and you get more paintings out right now.’ And I took the mask and I put it on my dog.”

But that’s not it. A few days later, he was fired. Sharon added, “We were laughing and laughing, and he goes, ‘I don’t see what’s funny about any of this.’ And he said, ‘I think I’m gonna have damaged lungs,’ and I mean, please. Then I said, ‘If you don’t think that’s funny, do you think this is funny?’ And he goes, ‘What?’ I said, ‘You’re fired.'”