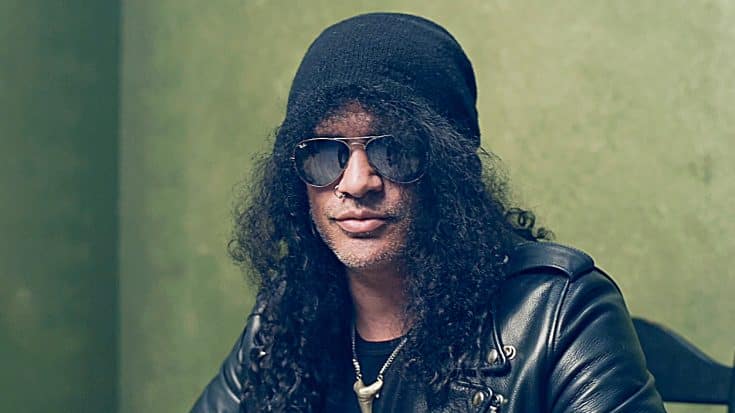 PARK CITY, UT - JANUARY 25: Musician Slash poses for a portrait at the Village at the Lift Presented by McDonald's McCafe during the 2015 Sundance Film Festival on January 25, 2015 in Park City, Utah. (Photo by Larry Busacca/Getty Images)

Ever since Guns N’ Roses announced their unexpected reunion all the way back in 2016, the number one question fans have been asking is “Are you guys gonna make a new record?” It’s a valid question. The band has been touring non-stop as part of their ‘Not In This Lifetime’ tour and the seeming lack of incentive to head into the studio has driven fans to slight frustration in anticipation of a would-be new album.

Luckily, it seems like that wait is about to come to an end.

“After [we play in] South America, we go straight to Europe and do the festivals over there. And then from Europe, we go back to the States and Canada and do our first Canadian tour, plus some U.S. dates. And that goes until August. And then after that, I’m gonna hook up with Guns N’ Roses.”

“There’s been so much talk about this Guns N’ Roses record, which we haven’t actually done anything with. So we’re gonna sort of focus on that. And then the Conspirators will be returning some time coming up, depending on what Guns N’ Roses is doing. But I’ve already started putting together material for the new Conspirators record.”

This is truly some exciting news considering that it’s been years since we’ve gotten a record from the original lineup.

Time will tell when we get this record, but for now it’s time to get excited. It’ll probably take a while to make, but in the end, it’ll be worth it!