How AC/DC Wrote “Back In Black” 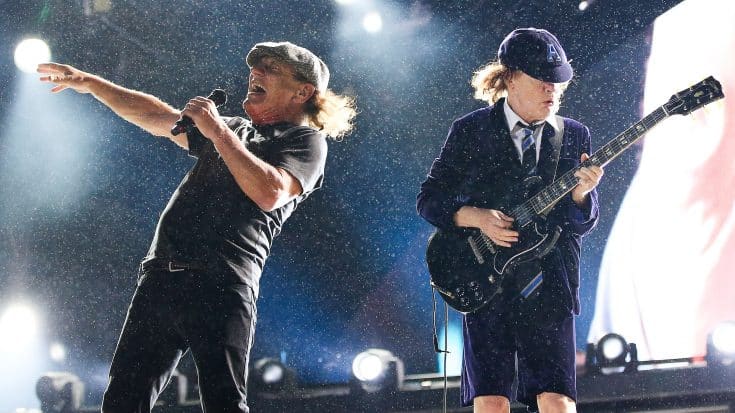 “Back in Black” was more than just a hit for AC/DC. It was also a pivotal moment for the band and their new frontman, Brian Johnson.

Five months before the “Back in Black” album release, AC/DC lost Bon Scott after his tragic death due to acute alcohol poisoning. Malcolm and Angus Young were on the verge of giving up but Scott’s parents urged them on. Fast forward, they had someone else to fill Scott’s shoes and so they told Johnson to write the lyrics for “Back in Black.”

They already had the title and they worked around it but they told Johnson it would be a tribute to Scott.

“they said, ‘it can’t be morbid – it has to be for Bon and it has to be a celebration.'” He added: “I thought, ‘Well no pressure there, then’ (laughs). I just wrote what came into my head, which at the time seemed like mumbo, jumbo. ‘Nine lives. Cats eyes. Abusing every one of them and running wild.’ The boys got it though. They saw Bon’s life in that lyric.”

Malcolm Young came up with the main riff years before and would often use it during his warm-up. And Johnson basically just wrote whatever came to him even if most of the phrases didn’t make a lot of sense at the time. But eventually, the lyrics became meaningful like the verse “Forget the hearse ’cause I never die.”

And the song propelled the band into greater stardom. “Back in Black” has been featured in several movies and also used in sports events. And although it didn’t crack the top 20 in the US Billboard Hot 100 after its release, it was still a winning moment for AC/DC. For one, Malcolm and Angus Young were able to rise back up and dominate rock ‘n roll while for Brian Johnson, he quickly won the fans with the track.

And the secret why it remains one of AC/DC’s most enduring songs? It’s gritty, badass, has that no-nonsense vibe, and it packs a lot of punch. It perfectly captured the very essence of rock ‘n roll. And it goes without saying, it’s a fitting tribute to the rock god that is Bon Scott.