Slash Has Got A Brand New Song And It’s Fast, Epic, Fiery, Explosive, And Awesome All Wrapped Into One 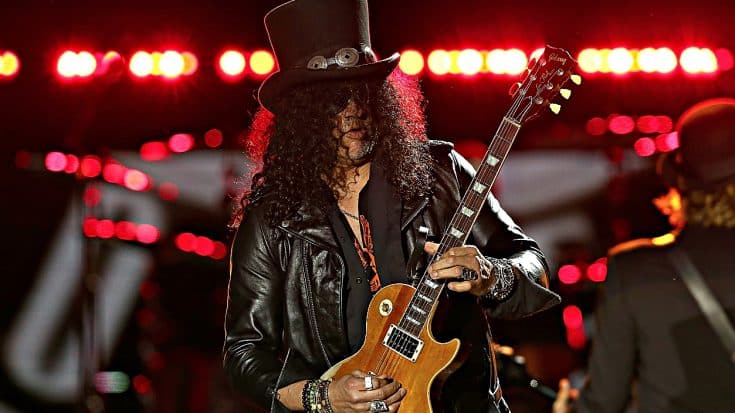 Just two days ago, we celebrated Slash’s 53rd birthday, but if you ask me, it was us that really got the ultimate gift because he actually posted a 58 second long clip of what we presumed was new music. As it turns out, we couldn’t have been more right!

In fact, just today, Slash released a brand new song called “Driving Rain” that features himself alongside Myles Kennedy & The Conspirators. This explosive new song is what every true Slash, Guns N’ Roses, Velvet Revolver, and Alter Bridge fan has been waiting for. And as the title says, the song is fast, epic, fiery, explosive, and all kinds of awesome wrapped into one mega rock anthem.

As you’ll see below, not only do we get a brand new song, but we get the assurance that this new album or EP is going to be a sure banger. Slash sounds better than ever, and so does Myles Kennedy! Check out this epic new song below and let us know how they did!