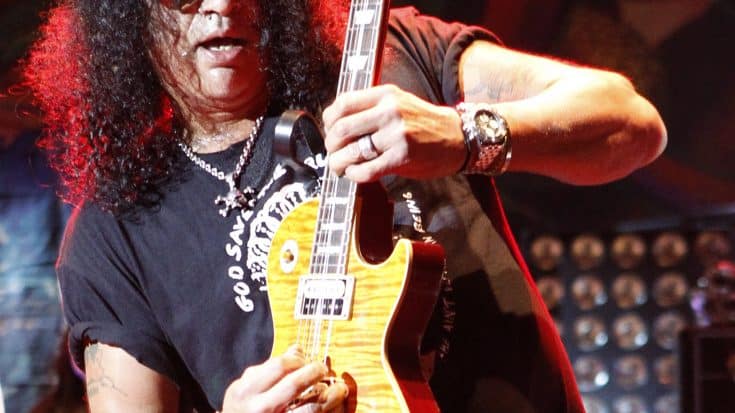 Slash’s girlfriend Meegan Hodges took to social media to share the about the news. “Baby, Congratulations on your 15 YEARS of SOBRIETY!” she wrote. “‘An addict who achieves recovery is capable of achieving anything.’ (wise words someone said) I am so very proud of you every day but today I am so very extra proud of you. I love you to the moon and back!”

It was during the 1990s when Slash found himself in rock bottom. He told Belfast Live that he was “drinking myself to death” after he left Guns N’ Roses. He admitted it “was very excessive” and it was a pretty rough time for him.

“I’d left my band, I was getting divorced, I was going through all this shit,” he recalled. “I had record company issues. It was really classic rock ‘n’ roll life – the bad side.”

Sixx, on the other hand, was never shy about his near-death experience following an overdose. And so in celebration of his own sobriety, he took to Instagram to celebrate 20 years of sobriety. He posted a lengthy inspirational message to those who are still struggling.

“YOU’RE GONNA STAY SOBER ONE DAY AT A TIME,” he wrote. “You are the miracle, the one that breaks the addiction chain, the one who is a living amens.The one who has altered your family history.”

“And when you see people who are still suffering / treading water or gasping for air, be sure to throw them a life vest,” he continued. “Because we give back now to those that are still afflicted and hope they too pass it on.”