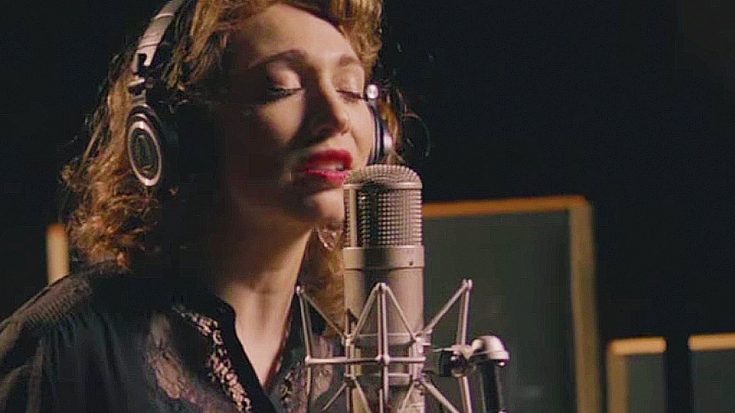 Animation Meets The’ Spirit Of The Beatles’ In Singer’s Cover

I don’t know about you, but I love a good cover – especially when the artist delivering the cover manages to inject their own sound and flavor into the song without totally deviating from the original blueprints. In that regard,  singer-songwriter Regina Spektor absolutely knocked it out of the park with her cover of The Beatles’ “While My Guitar Gently Weeps,” bringing something haunting and whimsical to the 1968 White Album classic just in time to join the soundtrack for this summer’s 3D stop-motion film Kubo and the Two Strings.

Arranged by Dario Marianelli, Regina Spektor’s rendition of “While My Guitar Gently Weeps” is nothing short of stellar as it combines Eastern and Western elements, replacing George Harrison’s iconic guitar parts with a Japanese shamisen and a full string orchestra to create something dreamlike and colorful and appropriate for a kids’ movie but still managing to be something that will make parents and grandparents smile and want to tell their young ones about the original created an entire lifetime ago.

Fun Fact: Spektor, a self professed ‘ginormous Beatles fan,’ calls her cover a “combination of wanting to do justice for all this hard work from the animators, but at the same time bring the spirit of the Beatles into it.”

It’s a gorgeous cover of one of the greatest examples of songwriting the world’s ever seen, and there’s nothing better than watching artists bring songs like “While My Guitar Gently Weeps” to life for a brand new generation, so be sure to check it out in the video below (it goes great with the clips of Kubo and the Two Strings!).