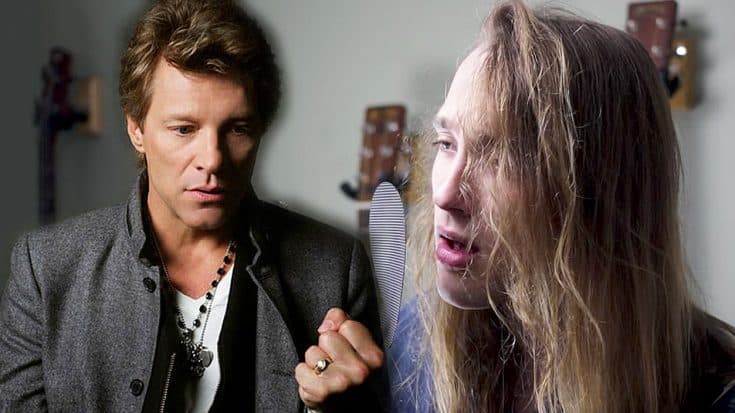 It’s hard for even some of the most talented singers in the world to truly mimic the singing style of classic rock singer. There’s really something to be said about classic rock singers and there unique and prolific sing styles, especially for Jon Bon Jovi.

Over the years, many have tried to emulate the iconic singing style of this man, and easy to see AND hear why. Jon Bon Jovi is without a doubt one of the greatest rock singers that has ever taken to the stage.

Though most cannot truly emulate his voice, there still a great number of amazing covers of his music out there on the internet. Fans from all walks of life showcase their talents in paying tribute to the legendary Bon Jovi. But with all of that being said, there is one young man that has just done the impossible!

What you’re about to watch is a video in which a for Voice contestant named Travis Cormier performs a cover of Bon Jovi’s iconic hit Always. What makes this cover so special is the fact that Travis NAILES Jon Bon Jovi’s voice to a tee! Don’t believe me? See for yourself!