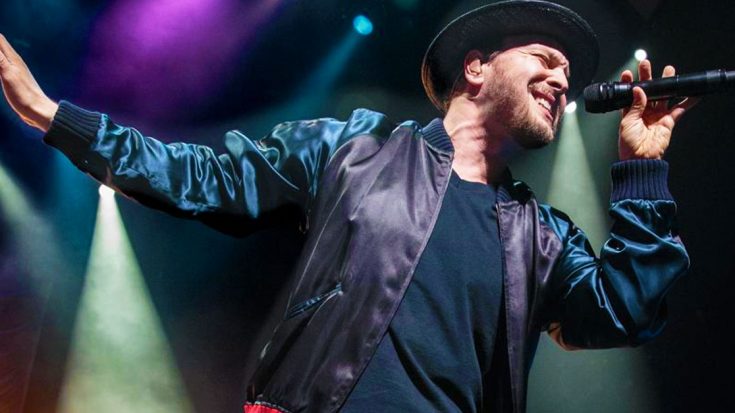 From the moment Gavin DeGraw first announced plans for a North American tour, we knew it was going to be something special and combined with the success of his critically acclaimed sixth studio album Something Worth Saving, Gavin’s fall tour proved to be every bit as magical as we knew it would be.

Jam packed with fun, surprises, and a whole lotta soul, Gavin seized every possible opportunity to dazzle us over and over again each night. Whether it was enlisting the help of his good friend and co-headliner Andy Grammer to help him out with a few tunes or simply restoring our faith in the fact that there are still singers and songwriters fiercely dedicated to getting to the heart of the human condition and never once sacrificing quality to do it, one thing is pretty clear: this tour was nothing short of magical every step of the way and we’d love to take you down memory lane and through 5 of the most magical moments from the tour!

1. Kickin’ It With Andy Grammer At SiriusXM

Man, oh man. We thought we had fun hanging out with Gavin and Andy all season long, but clearly, no one had more fun than these two! Our first favorite moment comes from the day Gavin and Andy took a moment out of their busy tour schedules to stop by SiriusXM studios where this pair delivered a seriously delicious mashup of some of our favorite tunes.

Gavin holds it down from behind his keyboard as Andy gets the party started with an acoustic take on “Fresh Eyes,” but it’s when Gavin jumps in just a few minutes later with an absolutely stellar take on “She Sets The City On Fire” that things really get movin’!

2. Letting A Young Fan Live Out His Dream

Okay, if this doesn’t move you then I don’t know what will! Last month, Gavin was well into yet another magical evening of music and fun when he spotted a young fan, 7-year-old Andrew Lopes, holding up a gigantic sign and actually invited the youngster onstage for some one on one time with his favorite singer.

He offered to sign Andrew’s sign and vowed to get Andy Grammer to sign it as well, even giving the 7 year old a few minutes to tell the audience a story while Gavin took a knee and signed Andrew’s sign for him and asked him about his life and interests, reminding us in just 5 short minutes why we’re such big fans of this incredibly warm, gracious, and humble human being.

3. Hearing “Something Worth Saving” Live For The Very First Time…

When Something Worth Saving was released in September, it marked a brand new era for Gavin; one that saw him stretching the limits of his creativity to come up with something we’d never heard before and left us giddy with excitement as we wondered how it would translate to a live setting.

As always, Gavin more than delivered when he hit the road on August 28th, bringing with him a brilliant arrangement of the album’s title track “Something Worth Saving” that left the crowd absolutely amazed at his gift not just for singing and songwriting, but for composing something that’s sure to stand the test of time. It’s no wonder that next to “Something Worth Saving” very quickly became a favorite of Gavin’s fans around the world!

4. …And Saying Hello To Old Favorites Once Again

This highly anticipated fall tour just wouldn’t be complete without Gavin dishing out some of his most well loved classics and he didn’t disappoint fans in Puyallup, Washington when he brought Make A Move’s “Best I Ever Had” to center stage, kicking off an epic dance party!

Exchanging his spot behind his piano for one at the front of the stage, Gavin absolutely dazzled fans with a performance of “Best I Ever Had” that didn’t leave a single person standing still, lighting up all of Washington with his energy and passion and bringing everyone in the room together in the name of great music and positivity.

5. And That Epic “Hey Jude” Singalong With Andy Grammer

Gavin DeGraw’s fall tour has been nothing short of a magical experience for all involved, especially the fans who turned out to watch the magic unfold. Our final and favorite moment from the tour comes from opening night at the Bethel Woods Center for the Arts when Gavin treated the audience to a cover of The Beatles’ iconic “Hey Jude”.

Gradually ramping up in intensity, this Beatles classic reaches a fever pitch when at 3:30 Gavin calls his good friend, special guest and tour mate Andy Grammer onstage to join in on the fun and from that moment forward, this Beatles classic becomes a singalong of epic proportions, complete with clapping, hugging, and arm waving and not leaving a single dry eye in the audience. If that’s not starting things off with a bang, I don’t know what is!