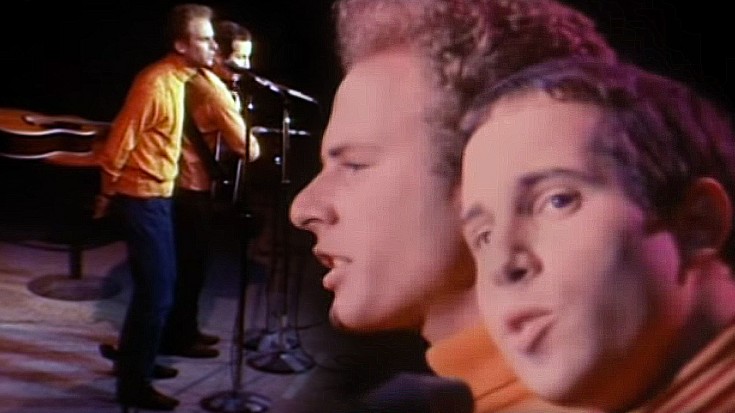 Released in 1964, Simon and Garfunkel’s ‘The Sound Of Silence’ is one of the most culturally important songs to emerge out of the 20th century. It’s Paul Simon lamenting his fellow man’s inability to communicate on an emotional level, fostering a generation that doesn’t know how to love, and came hot on the heels of both the Civil Rights Movement and the assassination of John F. Kennedy.

The simplicity of ‘The Sound Of Silence’ – just the voices of Paul Simon and Art Garfunkel with Paul’s acoustic guitar accompanying them – is what makes this classic so incredibly powerful, standing the test of time nearly half a century after its release, and this 1967 performance featuring the duo shrouded in darkness does an absolutely fantastic job of capturing the song’s theme of isolation.

Did You Know…that Simon and Garfunkel actually broke up after ‘The Sound Of Silence’?

Their album Wednesday Morning, 3 A.M. was a commercial failure, prompting the duo to split in 1964. They’d reunite a year later after the sudden success of ‘The Sound Of Silence’.

It’s one thing to hear Simon and Garfunkel perform ‘The Sound Of Silence’ on an album – but it’s a tremendous experience to see them perform it live! Carried purely by talent alone, Simon and Garfunkel had a gift for getting to the heart of the human condition, and to be able to engage with them on a song like this – even if it’s just a video – is nothing short of a victory over the sound of silence.