Should Axl Rose REALLY Be In AC/DC? Here’s My Brutally Honest Opinion 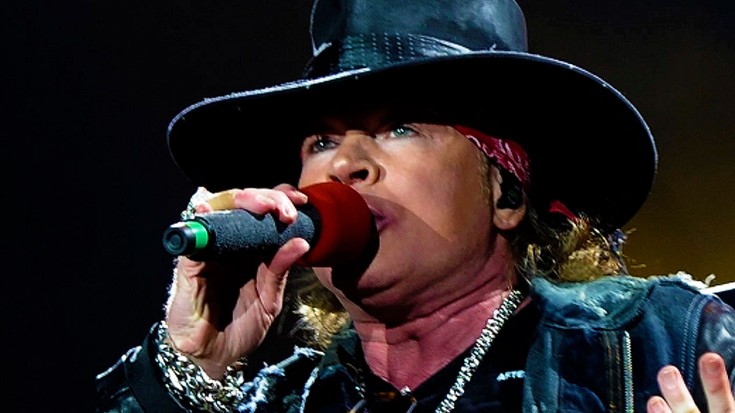 Does Rock’s Bad Boy Deserve His Second Shot? Here’s What I Found

I’ll be the first to admit: I was one of many cracking jokes at the expense of Guns N’ Roses (and now AC/DC) singer Axl Rose over the years. Despite openly deriding any lineup that didn’t include Slash as “Axl and Friends” (I’m sorry, DJ Ashba!), I was also one of many openly opposed to a Guns N’ Roses ‘reunion’ of sorts, firmly believing that there was no way that Axl had the skill, maturity, and most importantly, the passion needed to patch things up with his former bandmates and make a second run at the greatness we saw more than two decades ago, much less join a band of AC/DC’s caliber. 6 months ago I’d have said no way, but these days, I’m right behind him.

He’s Back, And For The First Time, He’s Ready

Whether it was just a knee-jerk reaction to spending years as a youth lamenting the fact that I was too young to fully appreciate Guns N’ Roses at the height of their fame or genuine disgust with Axl’s infantile and quite frankly, bizarre behavior in the years following one of the most tragic breakups in rock history, I’ll never know; but there’s one thing I do know after watching Axl closely for the past 6 or so months, and it’s this – he’s back, and for the first time, he’s ready for the responsibility that comes with being a rock legend, good and bad.

Out To Make Amends

The Axl Rose we’re seeing today is lightyears away from the kid we remember assaulting concertgoers with cameras or even the Axl of a few years ago whose disrespect for others translated into showing up several hours late for concerts. From his first performances with Guns N’ Roses that showed a passion for music we haven’t seen in decades, to consistently solid vocal performances both with Guns N’ Roses and AC/DC and smiling through an entire European tour with a broken foot, not only has Axl made zero moves to defend or excuse the past, he’s out to make up for it in spades. He’s even shown up on time to every show and rehearsal for both bands, happily letting himself learn for the very first time what is to be a professional!

All Is Forgiven – And Here’s Why:

I spent a good many years hating Axl Rose and to be perfectly fair, he’s done a lot of things that made it easy to hate him. However, as I write this I realize that just like I’m allowed to admit when I’m wrong and grow from it without others holding me to past mistakes and missteps, Axl should also be given the freedom to do so. He may not be able to go back in time and right the wrongs of yesterday, but he’s here now and at 54 he’s out to show the world the man we always knew he was and had the potential to be: a fiercely gifted performer and an absolute force to be reckoned with on any stage.