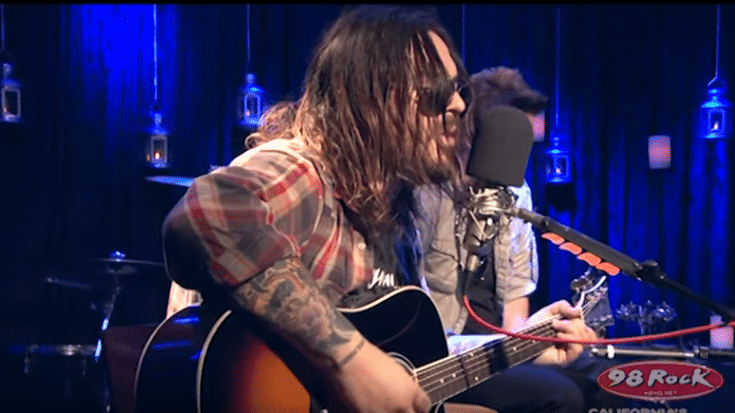 South African rockers Seether took the world by storm with 2004’s angsty power ballad, “Broken”. Originally meant to be a slower, acoustic piece, “Broken” showed a side of singer Shaun Morgan that was deeply introspective and for the first time, finding the courage to open himself up and show a quiet vulnerability not seen on other Seether tracks. Though it became an intense, soaring anthem when re-worked into an electric driven ballad and included on The Punisher: The Album and Seether’s Disclaimer II, there’s something about “Broken” as an acoustic driven piece that drives home the song’s simple yet poignant theme of being able to open up after being broken – and it’s in this live footage that the song’s power is fully realized.

Fun Fact: The song earned Seether a Metal Edge Readers’ Choice Award in 2004, when it was voted “Best Song from a Movie Soundtrack.”

Seether’s performance of “Broken” is one of our absolute favorites; for 4 minutes and armed with only an acoustic guitar, Shaun channels something deep within himself to bring fans the emotional experience “Broken” was meant to be, letting his guard down not with a roar but with a whisper that somehow means so much more. Check it out in the footage below – we’re sure that this is one that’ll make you want to put your lighters in the air!