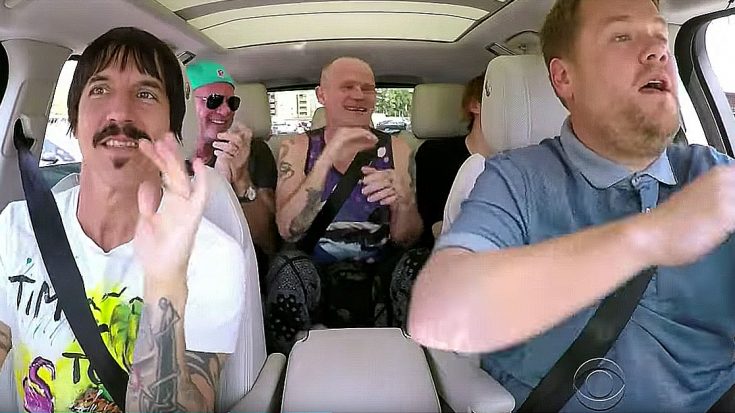 2016 may have been one of the strangest years in recent memory, but there’s one person who can say that he’s had a great year: late night talk show host James Corden. The host of The Late Late Show With James Corden became a household name this year with his Carpool Karaoke segments, bringing along some of music’s biggest names for fun filled rides through Los Angeles, New York, and the UK that doubled as epic singalongs and captivating interviews. To wrap up what can undeniably be called a successful year, James Corden surprised fans with a special edition of Carpool Karaoke with this week’s guest Mariah Carey that saw the mega platinum selling recording artist enlist the help of some of James’ most loved Carpool Karaoke guests for a star studded singalong of Carey’s smash hit, “All I Want For Christmas Is You”.

Fun Fact: Carpool Karaoke originated in 2011 when Corden united with George Michael for a charity fundraiser.

From Elton John to the Red Hot Chili Peppers (who add claps and a few ‘Ho Ho Ho’s’ to the song for good measure), we get to see the stars that made us laugh til we cried this year during their rides with Corden and whether you love “All I Want For Christmas Is You” or you can’t stand it, there’s no denying that this singalong is one for the record books!