David Lee Roth Goes On Epic Rant After Fan Throws A Beer On Stage—He Wasn’t Happy At All! 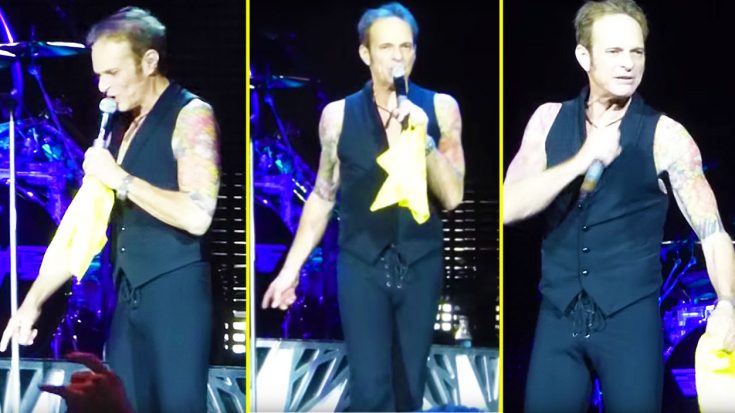 That might be one of the best comebacks we’ve heard!

Concerts are meant for fans to have a great time seeing their favorite bands! They’re also an opportunity for bands to perform live in front of the people that allow them to have careers! They’re meant to be a great time for everyone involved, but sometimes there’s always a bad apple that has to ruin it for everyone.

During Van Halen’s concert back in 2015 in camden, New Jersey, one fan decided to put a dent in the fun between the band and the fans! An unidentified fan threw a beer on stage at David Lee Roth. The act was completely uncalled for, and luckily no one in the band was hurt. However, this didn’t stop David from going off on the so-called fan, and scolding him with an epic rant! David hits him back with some crazy comebacks, that makes the whole crowd go “OHHHH!” He completely destroys this kid, and makes him feel shameful for doing such an act!

Check out the moment down below! Hopefully security caught him and punished him for his actions!