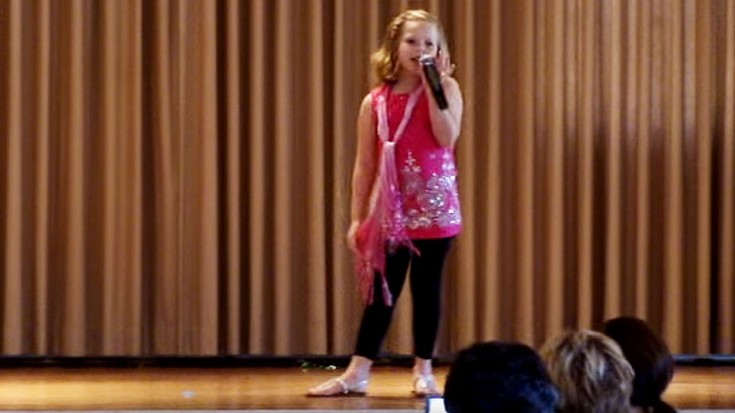 After watching this adorable performance, we don’t know whose rendition of ‘Don’t Stop Believin’’ we love more: Journey’s spirited arena anthem, or 8-year-old Avery’s super sassy rendition that rocked her school talent show! Either way, this goes down as one of our favorite covers, hands down. At 8 years old, Avery is a force to be reckoned with – where other kids are typically shy at school talent shows, she sashayed her way across the stage and gave a performance of ‘Don’t Stop Believin” that Steve Perry would be proud of, leaving her audience captivated and clapping along.

Shoutout to Avery’s mom and dad for raising a talented little girl with a big voice and even greater taste in music!

We don’t know if our favorite Journey frontman has children, but if he does, we’re pretty sure they sound a little something like Miss Avery!

A singer in a smoky room
A smell of wine and cheap perfume
For a smile they can share the night
It goes on and on, and on, and on

Strangers waiting
Up and down the boulevard
Their shadows searching in the night
Streetlights, people
Living just to find emotion
Hiding somewhere in the night

Working hard to get my fill
Everybody wants a thrill
Payin’ anything to roll the dice
Just one more time
Some will win, some will lose
Some were born to sing the blues
Oh, the movie never ends
It goes on and on, and on, and on