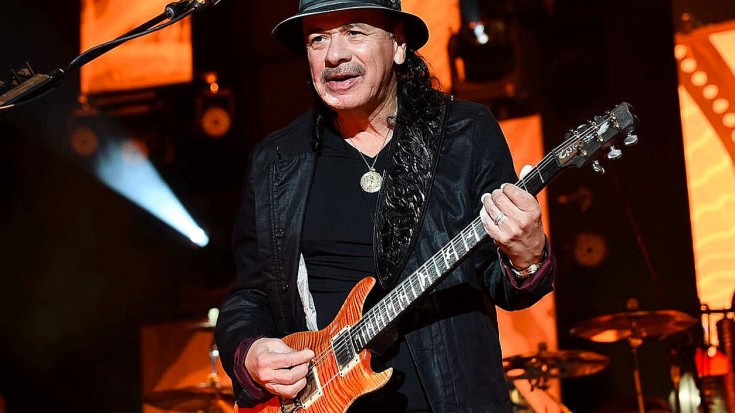 Wow – if this is what Santana are calling a ‘warm up’ gig, then we can only imagine how incredible the band’s Santana IV Tour is going to be! Slated to kick off on April 11th – just two days before the release of the highly anticipated Santana IV – the Santana IV tour is one of the most highly anticipated reunion tours of the year, boasting Santana’s ‘classic’ lineup consisting of Gregg Rolie and Neal Schon of Journey fame and drummer Michael Shrieve and percussionist Michael Carabello playing alongside Carlos Santana.

Last week, fans in Vegas were treated to what the band called a ‘warm up gig’ and their first together in 4 decades at The House of Blues at the Mandalay Bay Resort and Casino in Las Vegas featuring a setlist that surely made the audience of Santana die-hards smile and marvel at how amazing these guys sound together. Seriously, it’s like no time has been lost and according to the owner of this fan-shot video, the people in the audience weren’t the only ones smiling!

If you just can’t wait to see Santana when they hit your town in just a few short weeks, never fear: you can check it out in the footage below via YouTube user ATalkingBadger and if that’s still not enough, check out the classic lineup’s first single in 45 years “Anywhere You Want To Go” here!