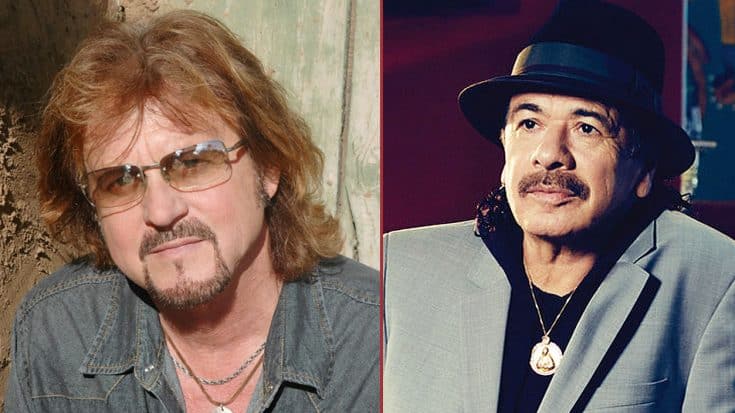 The hit song by Carlos Santana called Black Magic Woman was one of the songs that helped launch his career to astronomical heights. Despite it being a cover of Fleetwood Mac’s original, Santana truly made it his own. At this point, the song is a must-have in Santana’s set-list, but what you may not know is that Carlos Santana didn’t always feel that way about the song to begin with.

In an interview with Glide Magazine, keyboardist Gregg Rolie reveals interesting details of the process of recreating Black Magic Woman. Here is some of what he had to say.

“Michael Shrieve gave me the album that had Black Magic Woman on it because he knew I loved Peter Green from his John Mayall time and the Bluesbreakers. I said ‘This song is great!’ So I brought it to the band, not the recording, but the chord changes and during rehearsals we would play it. It took a year of talking people into doing this. Carlos finally really connected with it. He goes, ‘What is this?’ I said, ‘It’s a song by Fleetwood Mac.’”

When asked about the actual recording process: “Everything just rolled out. We just played. It was a jam band, and we would jam things and play on them, and play on them, until it kind of came together based around a song. But the idea was, like the early Journey, to get the music very high and get people excited. That’s how it went. None of them were really that difficult other than some took longer than others just to get them done.”

I’ve always found it funny how artist feel about certain songs and how some songs that artists don’t have that much faith end up being some of their biggest successes. It just goes to show that it’s always good for artists to take their risks and try something new. It obviously worked in Santana’s case!