10 Year Old Dresses Up Like Slash, And Shreds Face-Melting Guitar Solo That Will Leave You In Awe! 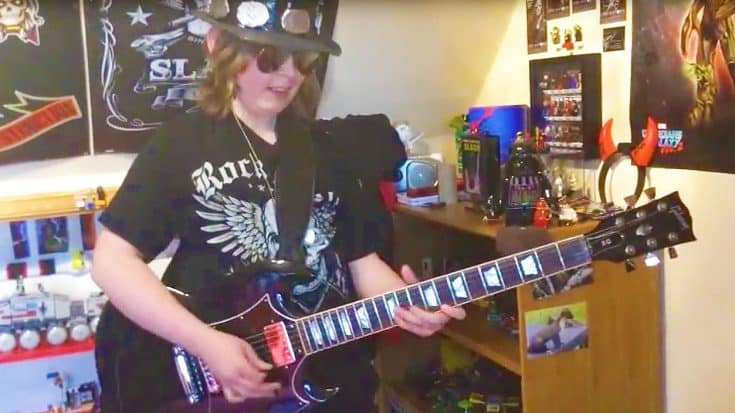 Everyone loves to mimic their heroes!

When someone learns an instrument, they almost always model their style similar to a famous musician who inspires them. A lot of classic rock artists were inspired by older artists, and have passed on their playing styles to current musicians. It’s a never-ending cycle!

10-year old Gaei Thompson is a young guitarist who uploads his work to YouTube. In the past, Gaei has dressed up as his guitar heroes and covered their songs, the most notable being AC/DC’s Angus Young. But recently, he changed it up and dressed up like Guns N’ Roses guitarist Slash and shredded an amazing cover of Slash’s solo on his song “By The Sword.”

If you’ve followed Gaei for a while, you’ll notice that he’s finally starting to play the guitar standing up, which is a big step for any guitarist!

Check out this young kid’s cover down below, and let us know with you think!