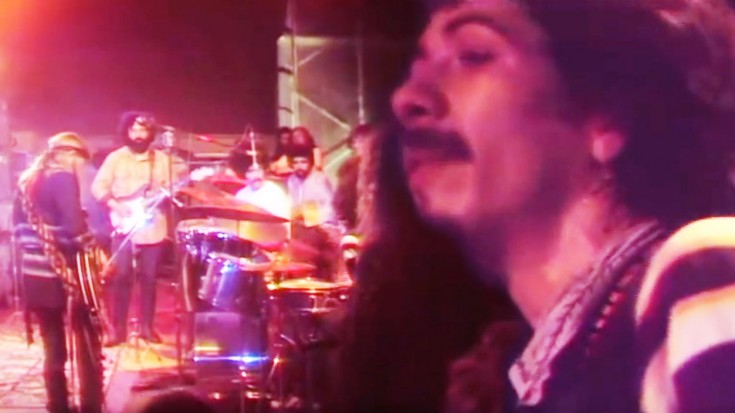 Participating in what may be the greatest jam mesh we have ever seen, Carlos Santana, musicians of the band Jefferson Airplane, Gary Duncan, Jorma Kaukonen, Father of the Loud Jim Marshall and even Grateful Dead rock out as hard as they possibly can. From PBS’s Night at the Family Dog, these iconic musicians gather simply for the sake of beautiful music during the All Star Jam nearing the end of the program.

Interesting Fact:  Each band does two songs, followed by a jam at the end featuring musicians from all of the bands; which is the portion we see in this particular video.

This rare jam was one of the only programs that functioned and thrived specifically due to the genuine power of the music minus narration, interviews and talking portions. The purpose of the program was to display San Fransisco’s vibrant and beautiful music scene driven by the group’s talents and communal views, as they chose to share it with the city and the world.

Enjoy the beautiful and transcendent talent and music of the 60’s; let it take you away, even if just for a few minutes…