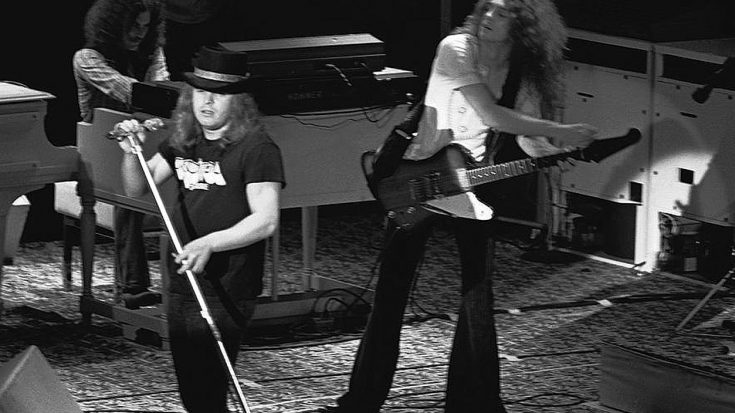 In 1976, Southern rock legends Lynyrd Skynyrd served up a healthy dose of good old fashioned Southern comfort to the people of California when their highly anticipated Gimme Back My Bullets Tour came to San Francisco’s Winterland. For three nights in a row, Southern rock was the name of the game as Ronnie and the guys gave everything they had to the fans in attendance, making it their mission to make each show better than the one the night before – and in true Lynyrd Skynyrd fashion they didn’t just succeed, they sailed right on into history with this three night run at the Winterland.

Sure, the first night of a run like theirs is always fun – but any seasoned concertgoer will tell you that it’s the last night that gets the blood flowin’ and the energy racing and Skynyrd’s March 7, 1976 show was no exception.

Riding the high of a wildly successful tour and two incredible nights spent with the good people of San Francisco, Skynyrd’s performance of “Gimme Three Steps” is nothing short of a good time had by all; the crowd is dancing, Ronnie Van Zant is commanding the stage with the energy of a thousand frontmen and the ease of a seasoned general, and his bandmates are having the time of their lives playing “Gimme Three Steps” with the same enthusiasm and gusto as the very first time they worked out the kinks in rehearsal and brought it to life.

This wasn’t a band that intended to breeze through San Francisco in 90 minutes – Lynyrd Skynyrd promised to come roaring into town with a story to tell and a mark to leave and after seeing the intensity of this performance, I think we can all agree that they absolutely made good on their promise!