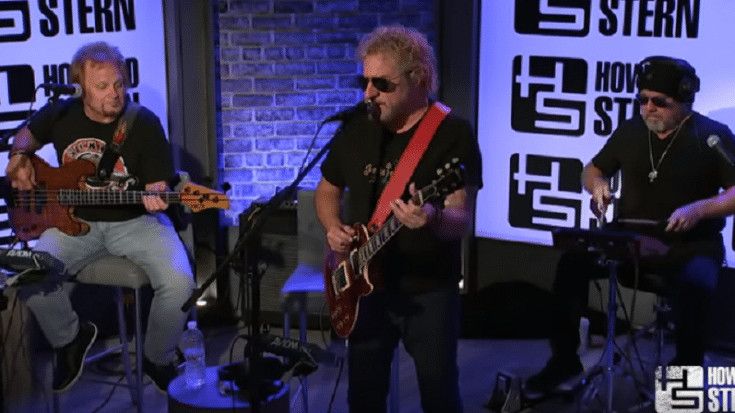 Last April 9, Sammy Hagar & The Circle performed “Finish What Ya Started” on The Howard Stern Show and it took back the listeners to 1988 – the good ‘ole Van Halen days. Featuring bassist Michael Anthony, guitarist Vic Johnson, and drummer Jason Bonham, the band was promoting their new album “Space Between” and before the performance, Sammy Hagar shared a bit of a backstory on the classic tune from their 1988 record OU812.

“The only song I ever played on a Van Halen record was this song… I played rhythm guitar.”

It all began when Eddie Van Halen showed up unexpectedly on his front door at 2AM with the riff.

“I came down with my guitar and we sat on the porch… and we wrote the damn song. I went back upstairs and wrote the lyrics about basically what happened. I’m like, “Come on, man. Shit man, I’m ready to go and everybody was asleep.”

Sammy Hagar also talked about his band and how it all came together.

Check out the video below and let us know what you think.