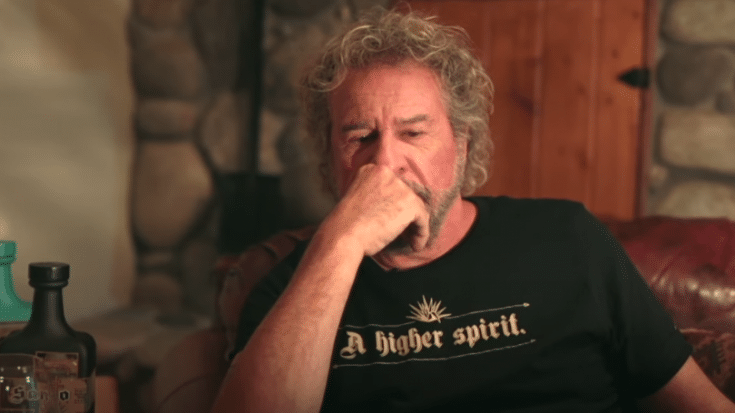 He Said He “Fell Apart”

In an appearance on NBC’s Celebrity Sleepover, Sammy Hagar showed off his bartending skills and taught Johnny Bananas how to mix the perfect margarita. Hagar also talked about his late bandmate Eddie Van Halen. The host asked The Red Rocker what it was like to hear the tragic news that EVH has died.

Hagar recalls that he “fell apart”. He also considers it “such a miracle” that they patched up their differences in the months before EVH’s death.

He adds that he and EVH “went really into some soul talking about doing something next year.” Watch the rest of the interview below.

Late last year, Hagar revealed that they secretly reconciliated and he’s grateful to have done so before EVH’s passing. He told Variety, “I heard he was in bad shape and I wanted to reach out; I finally said, ‘I’m just calling him.'”

It wasn’t easy for Hagar because he no longer had Van Halen’s number. Still, he did everything he could like calling his friends and manager. None of them managed to bring the two together save for George Lopez. Hagar finally got hold of Van Halen “And I said, ‘I love you man,’ and it was like, boom, we were good. It was a beautiful thing.”