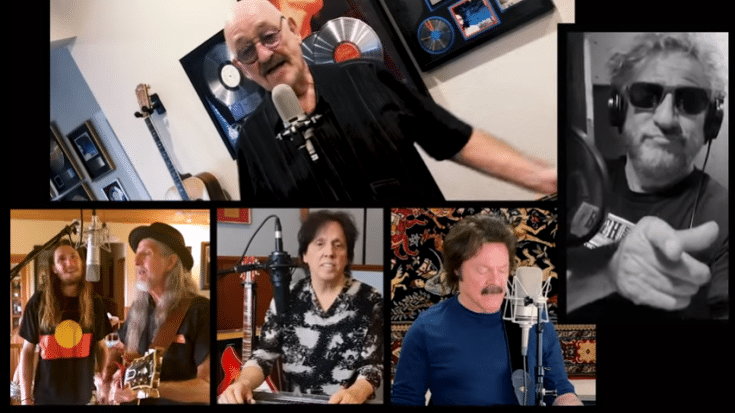 This is Absolute Gold – Watch It Here

Billed as Dave Mason & The Quarantines, they got together remotely and recorded the song in their respective homes. It premiered on SiriusXM’s Classic Vinyl Channel.

In a statement, Mason said: “Who would have thought that this would go on to be covered by so many different artists and bands, you just never know. But what I do know today is that people need some hope and comfort and especially music, which is why I called up some friends to rerecord a special version of the song. To do this remotely was somewhat challenging, hence the name ‘The Quarantines,’ but the spirit of strength, hope and heart prevail.”

“Feelin’ Alright” is one of the most covered songs in rock with versions by Joe Cocker, Three Dog Night, John Belushi, ELO, Grand Funk Railroad, The Black Crowes, Gladys Knight and the Pips, and a whole lot more.