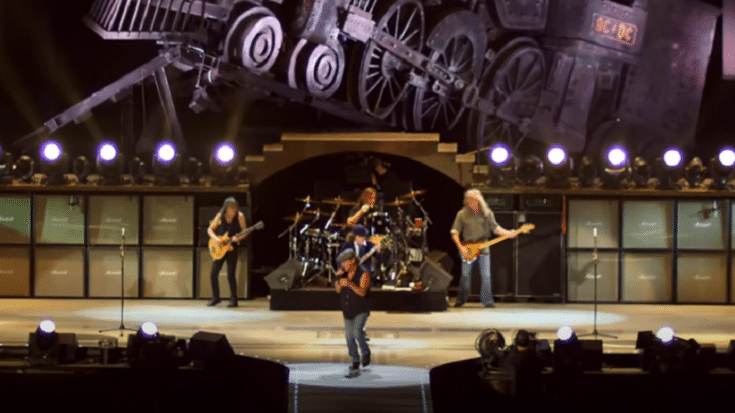 They’re Giving Away A Guitar Rig Too

Gibson is teaming up with Consequence of Sound to host a star-studded livestream event to celebrate the 40th anniversary of AC/DC’s landmark album “Back in Black.”

The “Back in Black 40th Anniversary: A Virtual Celebration” will take place on July 24 at 5PM ET across Consequence of Sound’s social media channels. Hosted by blues rock guitarist Jared James Nichols, it will feature AC/DC testimonials, guitar tutorials, special appearances, and performances from Slash, Dee Snider, Sebastian Bach, and members of Alice in Chains, Anthrax, Trivium, Lamb of God, Cage the Elephant, GWAR, and many more.

Plus, we’ll get a peak at Angus Young’s gear which he uses to create his signature sound. Fans can post clips or photos using the hashtag #backinblack40 and the selected content will be featured.

Gibson will be giving away an Angus Young-inspired rig including a Custom Shop 1961 Les Paul SG “Red Devil” guitar, a SoloDallas Schaffer Tower EX signed by inventor Ken Schaffer, a Marshall JTM45 amp with a SoloDallas Black Mod, and completing the package is the Marshall cabinet loaded with vintage speakers. The total value of the rig is around $15,000. They will also choose five runners-up who will get a Schaffer Replica Storm pedal and a vinyl copy of “Back in Black.”

You can join by clicking here.