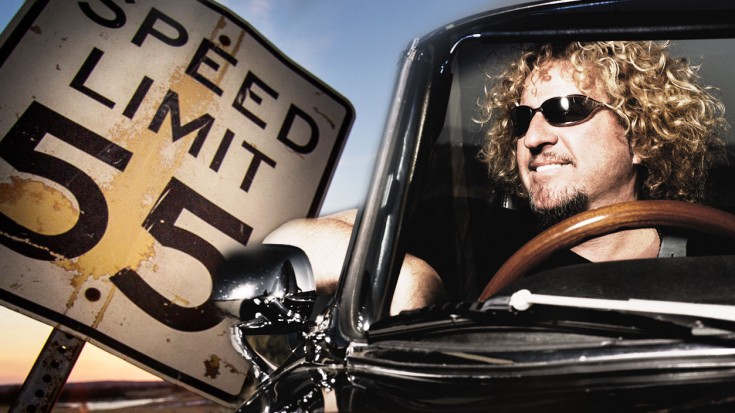 This is one that all speed demons and road warriors can identify with! Upset with the lowering of highway speed limits, the Red Rocker Sammy Hagar wrote ‘I Can’t Drive 55’ as a brief foray into social awareness in 1984. As ridiculous as it may be, ‘I Can’t Drive 55’ remains a huge classic rock standard to this day, receiving constant radio airplay and is widely considered Sammy’s biggest hit!

Released in 1984 on his album VOA, ‘I Can’t Drive 55’ was Hagar’s biggest hit as a solo artist. He joined Van Halen a year after it was released.

‘I Can’t Drive 55’ is such a fun song to drive to! It’s got a constant, steady beat with a big guitar sound in the background, and when you listen to it you can somehow imagine yourself tearing down the freeway in your dream car with this song blaring over your stereo!

In 2001, Hagar finally updated this to reflect new speed limits on American highways. He re-recorded it as ‘I Can’t Drive 65’ for the NASCAR album Full Throttle.