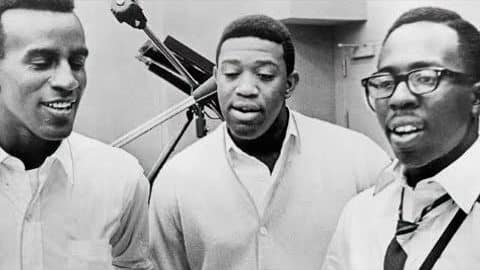 The founding and longest-serving member of the soul band the Impressions, Sam Gooden, has passed away at the age of 87.

His daughters confirmed the news. The singer retired in 2018, bringing the band to an end at the same time. While no cause of death was announced, it’s clear that he’d been in poor health for some time.

The Impressions were formed in Chicago in the ‘50s. After several lineup changes, they scored their first hit, “For Your Previous Love” in 1958. Mayfield took over and shortened the name and their most successful period began.

They released a series of his singles, including 1965 signature track “People Get Ready,” which became the unofficial anthem of the American Civil Rights movement. While their final chart hit came in 1976, after Mayfield went solo, the group continued with a series of lineup changes, although Gooden remained a member until the end.

“Well, you live and you learn. And if you set your mind to learning the trade, then you’ll learn different things and different techniques on how to do things. And then you learn how the voice structure is… the Good Lord gives you the talent to learn. And you go from there.”

“Sometimes he wrote songs that are hard to understand until maybe years later,” he said. “I didn’t know it was a spiritual until later on. … ‘People get ready, there’s a train a-coming,’… it’s going to be the last train. There will be no other train coming.

“It was a wake-up call not only black people, but it gave other people food for thought. You know all of a sudden now, not just black people, but white people, whatever colors, and Latinos and whatever, people get ready, there’s a train a-coming. That means it’s coming for everybody, not just for one but for everybody else. But mainly it’s for to enhance black people to kind of stand up and be counted. You know, you’re not the tail. You can be the head too.”