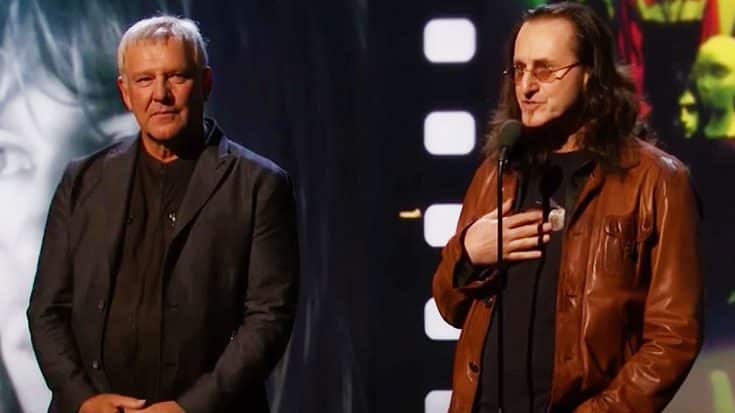 The respect for each other is real!

Two of the most revolutionary progressive rock bands of all time are Yes and Rush. Although many people would believe that the members of these bands have a strong rivarly, but it’s actually the exact opposite. These members actually are great friends, and this weekend proved that.

Rush had the honor of inducting their friends into the Rock N’ Roll Hall of Fame! Being Hall of Famers themselves, Rush had some very kind words for Yes, and talked about how they themselves were just fans of the band. They used to play their music in their bedrooms, and would spend hours on end trying to learn their complicated songs!

Fun Fact: Rush was inducted into the Rock and Roll Hall of Fame in 2013.

Geddy specifically spoke about how he was introduced to the band at a young age, and actually ditched school one day just to stay home and listen to their album! He also spoke about how he and Alex waited in line for hours to finally see Yes live for the first time in Toronto.

Watch The beautiful speech down below, and let us know what you think!