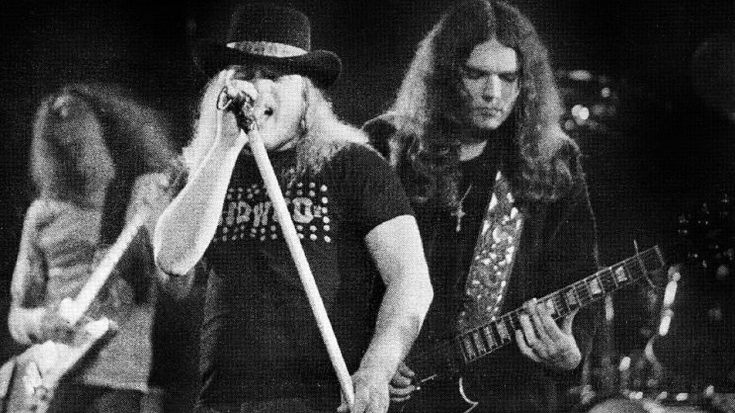 When you’re in a successful band, exhaustion is a very real thing that sets in and if you let it, it can and will destroy everything you’ve set out to accomplish. Or, as in the case of Southern rock legends Lynyrd Skynyrd, you can channel your exhaustion with touring, studio life and living out of a suitcase into a song, which is precisely what happened with the band’s unreleased song “Road Fatigue”. Never featured on any Lynyrd Skynyrd albums and to our knowledge only performed live once, “Road Fatigue” was Ronnie Van Zant’s way of addressing the weariness that comes with life on the road – feeling fiercely blessed to be able to do what you love for a living but at the same time longing for home and all of its comforts.

Heard here in its entirety, “Road Fatigue” takes center stage during a Lynyrd Skynyrd performance in Paris, France in late 1974 and the irony is that despite the song being about the fatigue of being road warriors, Lynyrd Skynyrd attack the song in a flurry of piano riffs and slide guitar licks with a passion and ferocity that puts most other bands to shame; the song may be called “Road Fatigue,” but when it comes to Lynyrd Skynyrd concerts past and present, you’ll never see a single, solitary trace of fatigue in any member of Jacksonville’s finest!