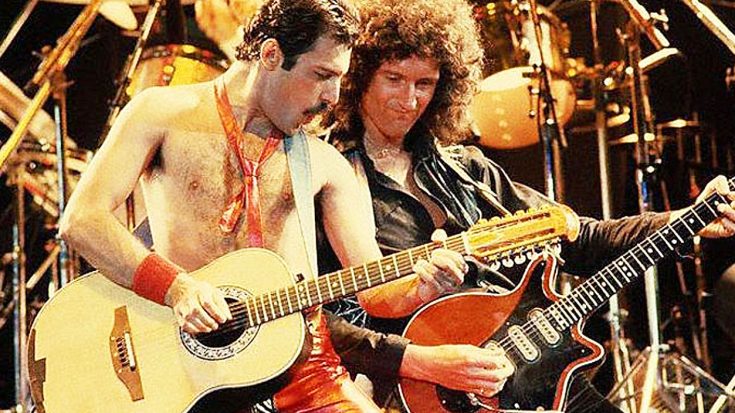 His Light will shine forever

On September 4th, the world commemorated, and celebrated, what would’ve been Queen lead singer Freddie Mercury’s 70th birthday. Queen guitarist and astrophysicist Brian May announced that an asteroid has been renamed “Freddiemercury” in honor of the late musician. Formerly named asteroid 17473, the asteroid is located in an Asteroid belt between Mars and Jupiter, is about 2.2 km across and reflects only 1/3 of the light that hits it. The asteroid was discovered in 1991, the same year Freddie passed away from complications with AIDS.

It’s an extremely touching tribute to an amazing icon, and you can see in the video below that Brian May has a difficult time keeping it together at some points during the announcement. The announcement was made for an event in Sweden that celebrated Freddie’s life. So, next time you look up at the stars toward Mars and Jupiter, remember that Freddie is shining over you, and will always be there. The only thing we feel would make this better, would be if the asteroid was close to the planet Mercury. But either way, we’re satisfied with this amazing tribute!

Check out the image down below of the asteroid, and the video of May’s announcement!