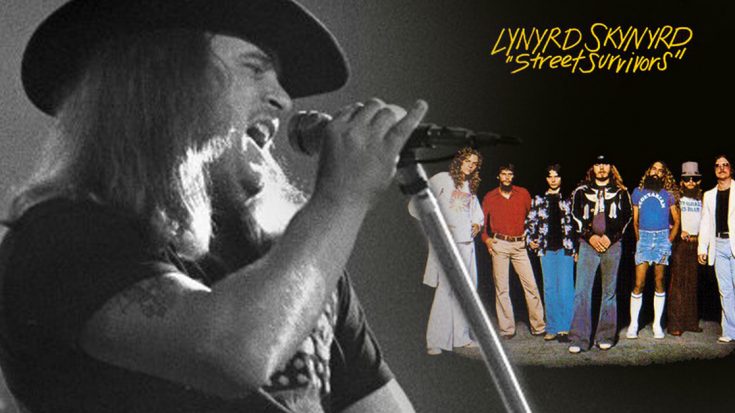 “Jacksonville I Love Ya, But You Don’t Want Me Around…”

It’s no secret that Ronnie Van Zant was a huge Merle Haggard fan – after all, his earliest years were spent cutting his teeth on The Hag’s music, singing along to it on long road trips with dad Lacy Van Zant and younger brothers Donnie and Johnny, learning life lessons along the way as only Merle himself knew how to teach them. Fitting, then, that Ronnie would seek to pay tribute to one of his heroes with a cover of Haggard’s 1974 classic “Honky Tonk Night Time Man” for Lynyrd Skynyrd’s fifth album Street Survivors, but what fans didn’t expect was to hear Ronnie take “Honky Tonk Night Time Man” and give it a brand new spin with the album’s rowdy closer, “Jacksonville Kid”.

An autobiographical account of Ronnie’s life growing up in Jacksonville, Florida, “Jacksonville Kid” is set to the same tune and rhythm as Lynyrd Skynyrd’s cover of “Honky Tonk Night Time Man” – in fact, they’re so identical that if you’re a first time listener not paying attention, it’s easy to believe that they mistakenly added the same track twice – and with its rip roaring good time sound and Ronnie’s self-awareness regarding his reputation back home, it’s impossible not to fall in love with the original Jacksonville Kid and the way he flawlessly bridges together the worlds of outlaw country and Southern rock.

Sadly, this is widely believed to be the last vocal track ever recorded by Ronnie, who was killed three days after the release of Street Survivors – but in true Ronnie Van Zant fashion, he left us with the portrait of himself he most wanted us to remember him by; fiercely talented, charismatic, and one of the greatest poets of our time.