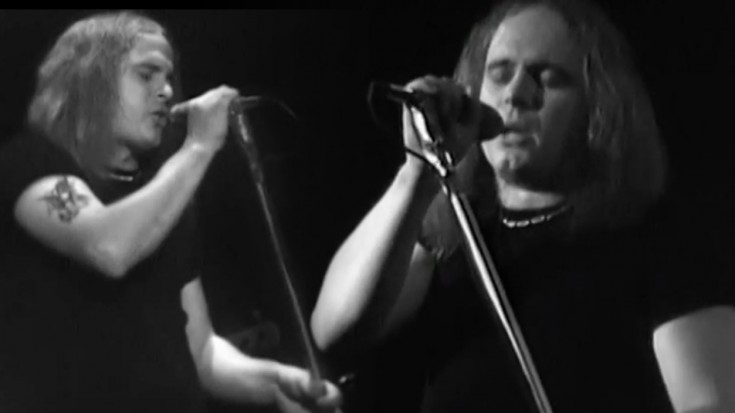 In remastered, clear as day quality, you will not believe your eyes when you see a young, happy, healthy, and of course, sock-less Ronnie Van Zant sing iconic hit “Gimme Three Steps” live in San Fransisco, 1975.

“Well the crowd cleared away and I began to pray, and the water fell on the floor”

Guaranteed, this is the best footage of Ronnie’s earliest live performance of this song, which we consider more than a treat… to say the least.

Interesting Fact: This song is based on a true story. As Skynyrd guitarist Gary Rossington tells it, lead singer Ronnie Van Zant, who was about 18 at the time, used a fake ID to get in a bar while his younger band mates Rossington and Allen Collins waited for him in a truck. Van Zant danced with a girl named Linda, whose boyfriend, who was not too happy about it, came up to Ronnie and reached for something in his boot. Figuring he was going for a gun, Van Zant told him: “If you’re going to shoot me it’s going to be in the ass or the elbows… just gimme a few steps and I’ll be gone.”

Just two years before his awful crash and untimely death, Ronnie and his boys rocked the San Fransisco Winterland Concert on April 27th and changed southern rock forever with this unforgettable ballad.

We can just picture young Ronnie about to get the beating of his life, running for the door headed home to channel all of his emotions and fears to create this southern masterpiece.

I was cutting the rug
Down at place called The Jug
With a girl named Linda Lou
When in walked a man
With a gun in his hand
And he was looking for you know who
He said, “Hey there, fellow
With the hair colored yellow
Whatcha tryin’ to prove?
‘Cause that’s my woman there
And I’m a man who cares
And this might be all for you
I said, excuse me

I was scared and fearing for my life
I was shaking like a leaf on a tree
‘Cause he was lean, mean
Big and bad, Lord
Pointin’ that gun on me
“Oh, wait a minute, mister
I didn’t even kiss her
Don’t want no trouble with you
And I know you don’t owe me
But I wish you’d let me
Ask one favor from you”

Well the crowd cleared away
And I began to pray
And the water fell on the floor
And I’m telling you, son
Well, it ain’t no fun
Staring straight down a forty-four
Well, he turned and screamed at Linda Lou
And that’s the break I was looking for
Well, you could hear me screaming a mile away
I was headed out toward the door

Show me the back door