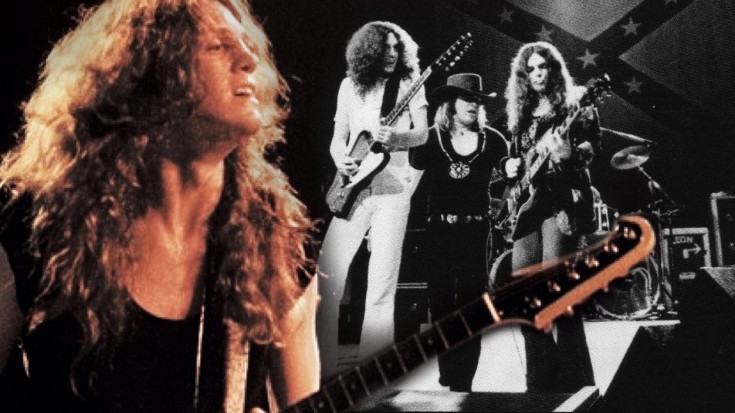 One of the most iconic songs in classic rock history, Lynyrd Skynyrd’s ‘Freebird’ is equal parts grace and brutal force, and highlights the strengths of each band member – especially the talents of guitarist Allen Collins. This 1975 performance features a then 23-year-old Collins delivering a blistering 7-minute version of the solo, shredding away at his Gibson Explorer like a man possessed while a barefoot Ronnie Van Zant orbits him, happy to let Allen go until he’s too tired to strum another note. Collins’ iconic ‘Freebird’ solo that night was the best of his entire career – it took on a life of its own, holding the band and their audience captive for over 7 minutes!

Fun Fact: The solo for ‘Freebird’ was originally crafted to give Ronnie Van Zant a break in between sets, while letting the rest of the band shine.

Of all the guitarists in the Southern rock pantheon, Allen Collins was far and away one of the best! Where Duane Allman was the crown prince of the slide guitar, Collins dominated when it came to crafting solos. It’s performances like this that make us miss this once in a lifetime talent – there will never be another quite like Allen!