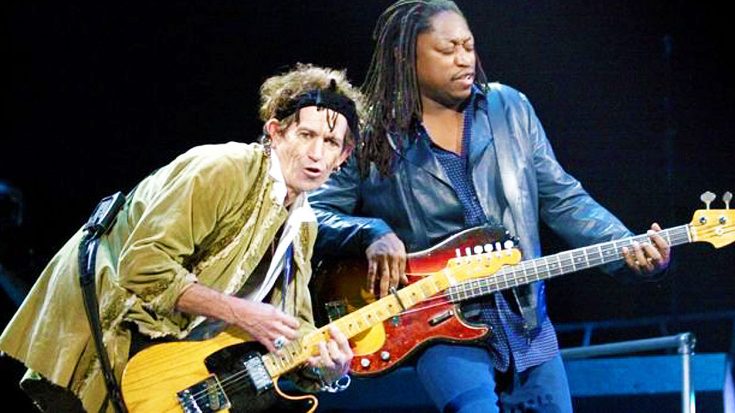 Is it finally time?

For the past 20 years, The Rolling Stones have been touring and recording with bassist Darryl Jones. Darryl joined the band in 1994 after bassist Bill Wyman decided to part ways with the Stones after a 31 year stint. It’s been 20 years since Darryl joined the band, and he now wants one huge favor from Mick Jagger and Keith Richards.

Darryl would like to finally be recognized as an official member of the band! All this time, he’s been referred to as a side member, and isn’t featured in band photos or other merch. He now wants to change that. Having been recording, performing and around for all this time, he thinks it’s finally time.

“It has not really come up very often. Obviously that would be a really wonderful thing for a person like me. I have been a sideman for more than 30 years now. I think most musicians, somewhere deep down inside, even if they are sidemen, or if they are hired players, there is a desire to be in a band. And I would not be being completely honest if I said that it would not be wonderful, it would not be amazing, to be considered and, you know, jump into this organisation as a full member. But that is not a decision I am in a position to make. I just play the best that I can and the rest of it I don’t have any control over.”– Darryl expressed.

We don’t blame him at all! We think 20 years and the amount of work he’s put in is more than enough to get him recognized as a full-time member! it would be really cool of Keith and Mick to honor his request, bevause the more the merrier! Hopefully they pull through for him!