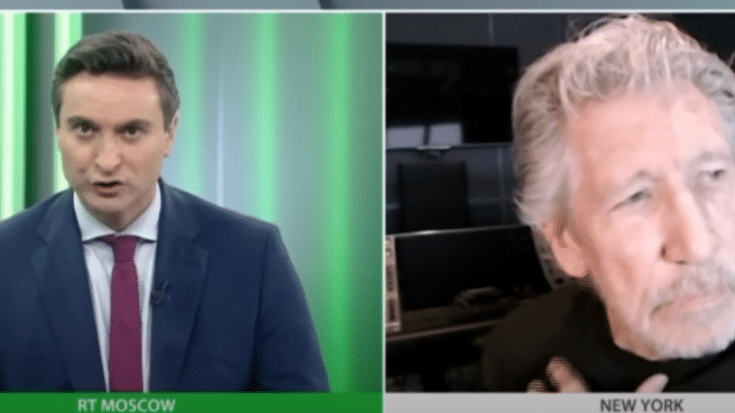 Roger Waters discussed his thoughts about the controversial CNN interview, and his views about Russia and its politics.

During an interview with RT International, Waters was asked about the alleged cuts of his CNN appearance. He said it was “heavily edited” and felt like his views wasn’t shown at all. He explained:

“What we’re all fighting for is obviously, in the short term, peace in the Ukraine and end the war, which I think can be achieved pretty easily. And beyond that, support for the Universal Declaration of Human Rights in Paris in 1948–that is the other platform upon which I’d stand until the day I die.”

The rocker clarified that at the end of his CNN interview he shook hands with reporter Michael Smerconish. But Waters said he wanted to talk more about the important issues. He added:

“I think there are far, far more important issues that we could address; mainly, peace in the Ukraine. We have to pull together and join our voices to demand that the parties come together and start to talk to one another. That means, the United States of America and its leaders agreeing to be involved in talks to stop the war. Too many innocent people are dying on both sides.”

Asked about his thoughts on being called a “troublemaker,” he said:

“That’s true in almost every country: anybody who doesn’t tow the government line is a troublemaker. I bet you’ve got millions of troublemakers in the Russian Federation. There are lots and lots of us in the United States of America, around the UK, and all over Europe, and all over the global south as well… and I’m proud to be a troublemaker.”

“The troublemakers are the important people. The troublemakers took to the streets in 2003 on February the 14th just before the UK and the United States of America invaded Iraq and murdered about a million people. We were there, and we weren’t just in London and in Madrid–we were all over the United States. We were all over the world, we were in the streets saying, ‘This is a huge mistake and it goes against everything that we believe in.’ But specifically, it goes against the Universal Declaration of Human Rights. ‘The Iraqi people have rights, too, and you are not liberating them, you’re murdering them.’ And we said that. 25 million people in the street.”

“It’s really important to know that we are a large community, so even though I don’t know any of them personally, I am now representing world without war.