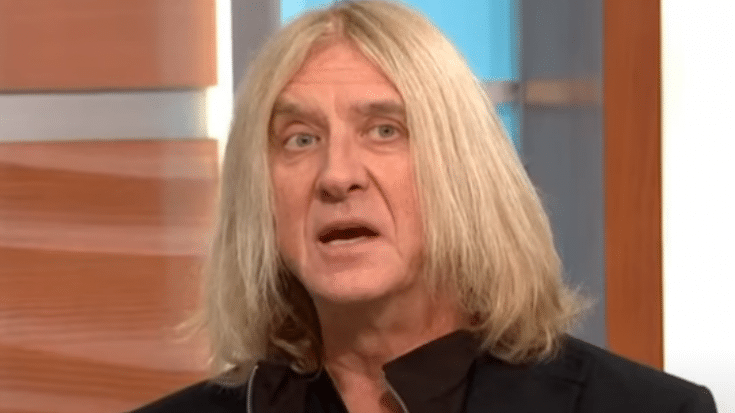 In a recent interview, Def Leppard singer Joe Elliott, shared that he’s been wanting their song “Gimme A Kiss” to have Mick Jagger vibes.

Def Leppard was one of the bands preparing to hit the road when the pandemic hit. However, social gatherings were restricted in an attempt to stop COVID-19’s spread. Their Stadium Tour was originally scheduled for the summer of 2020, but was postponed to 2021 and then to 2022. Thus, the band entered the studio and started working on a new album instead.

The band had shared that the new album’s recording process was complicated due to the pandemic. Elliott revealed that they initially planned to meet at his studio in Dublin, but their plans changed due to worldwide restrictions.

Nonetheless, they managed to power through, and they were able to release their new record Diamond Star Halos on May 27. While the band was preparing for their summer tour in Atlanta. One of the tracks on Def Leppard’s latest album was inspired by Elliott’s desire to vocalize the lyrics like Mick Jagger, “Gimme a Kiss.”

Elliott added Jagger’s vibe from the Rolling Stones’ “Start Me Up” music video is what he wanted to achieve with their song. Jagger’s playful acting for the cameras was the inspiration behind what they wanted to do with their own music video. The singer said in a statement:

“I would say the same about ‘Gimme a Kiss’ — that rocks because it’s a humorous title. I wanted it to be like (Mick) Jagger. I wanted the song lyric to sound like Jagger looks in the ‘Start Me Up’ video. He looks like he’s having fun. You remember the video, with all of them crammed tightly, and he’s just doing what Jagger does, looking at the camera and acting like, you know, like a kid. And I wanted the lyrics to have a Jagger-esque vibe about it.”