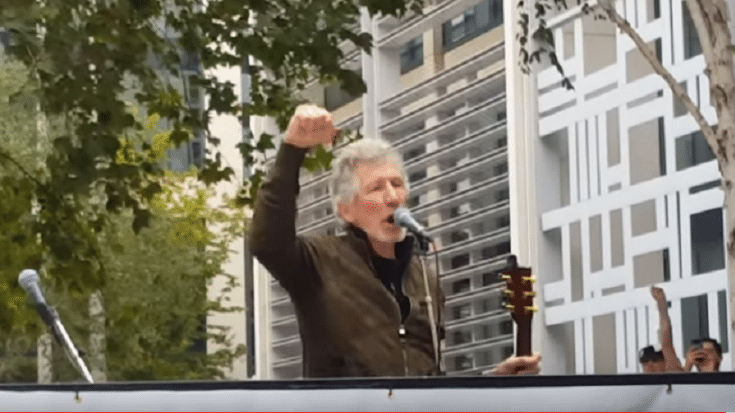 He Called For The Release of Assange

Roger Waters never shied away from voicing out his political and social sentiments whether it’s thru his songs or the imagery during his concerts. At a recent demonstration in support of Wikileaks founder Julian Assange, the Pink Floyd co-founder showed up and performed the band’s 1975 classic hit “Wish You Were Here” for Assange who is currently incarcerated at the HM Prison Belmarsh. The Don’t Extradite Assange rally was held outside the Home Office in London last September 2, Monday.

Waters also spoke to the audience and said:

“How do we put ourselves in the position of a Julian Assange in solitary confinement, or with that kid in Syria or Palestine or Rohingya, being blown to bits by these people in this building here?”

Assange was arrested last April after his asylum was withdrawn.

For Roger Waters, his Us + Them concert film will hit the theaters on October 2 and October 6 only. Speaking about the movie, Waters said this is “not standard rock & roll fare.” It was filmed during the Amsterdam leg of his massive tour at the Ziggo Dome in June 2018. The tour was successful but it had its share of controversies because for some, they thought it was too political. Still, that didn’t faze Waters.