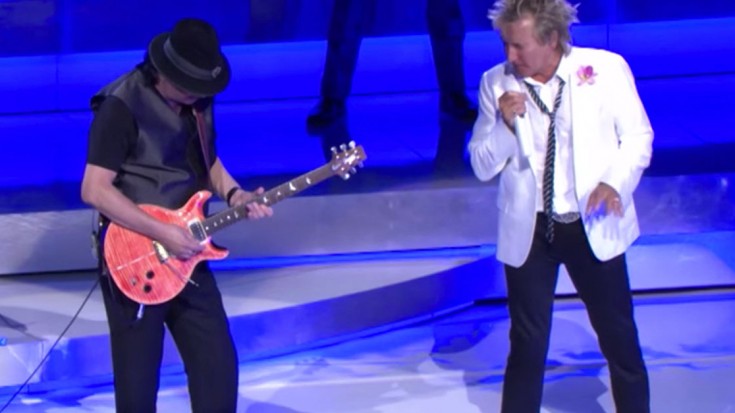 I would have never in a million years put these two together, but it works! After just one rehearsal, Carlos Santana took the stage alongside legend, Rod Stewart at Caesars Palace in Las Vegas. Soon after, the two embarked on a successful co-headline tour across America in the summer of ’14.

Written by Ellington Jordan and co-credited to Billy Foster, “I’d Rather Go Blind”, was first recorded by Etta James in 1967, and released the following year. It is now recognized as a blues and soul classic.

In 1972, Rod Stewart re-recorded the song for his fourth studio album, Never a Dull Moment. Etta James refers to Stewart’s version as her favorite despite many renditions in her autobiography, Rage to Survive.