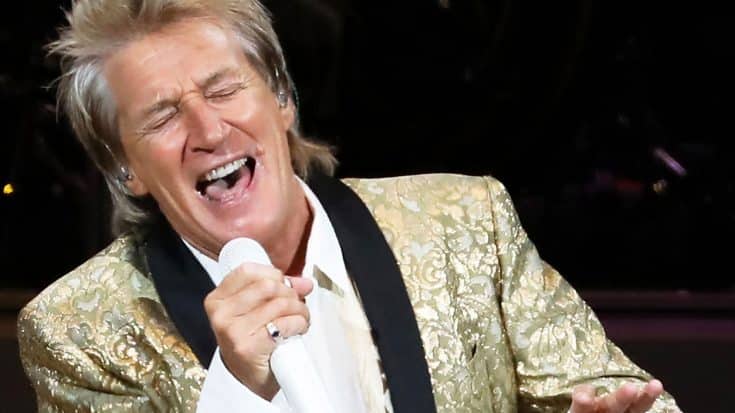 A Dance Hit Reimagined For The 21st Century

Recorded in 1978 and featured on Rod Stewart’s ninth studio album Blondes Have More Fun, the danceable “Da Ya Think I’m Sexy” was as controversial as it was brand new territory for Stewart, who to the dismay of fans and critics alike joined the trend of bands and artists making forays into the world of disco.

Gone were Stewart’s blues oriented rock roots, traded for slick rhythms meant more for dancing than rocking and arousing the ire of fans and critics who didn’t realize that this was Rod actually poking fun at the disco crowd in the most brilliant way possible: a song that co-writer Duane Hitchings describes as calling out the “cocaine lounge lizards of Saturday Night Fever days”.

Fun Fact: Sound familiar? That’s because “Da Ya Think I’m Sexy” incorporates elements of the melody from the song “Taj Mahal” by Jorge Ben Jor and the string arrangement from the song “Put Something Down On It” by Bobby Womack.

Despite the blowback, “Da Ya Think I’m Sexy” was a commercial success and nearly 40 years later, Rod is out to do it again – this time, in the form of an ultra slick pop remix featuring the Joe Jonas fronted group, DNCE. Slated to perform this new take on “Da Ya Think I’m Sexy” at this weekend’s MTV VMA Awards, Rod and the fine folks in DNCE improved upon the original design, if that’s even possible; the first verse kicks off with Joe Jonas handling lead vocal duties, making you wonder just where the hell Rod is until suddenly the second verse begins and there he is – that signature rasp at the forefront, a quiet force to be reckoned with in the midst of synthesizers and backing vocals.

Fiercely fun, Rod Stewart and DNCE’s reimagining of “Da Ya Think I’m Sexy” for a brand new generation is slick, sexy, and every bit the dancefloor favorite it’s always been; check it out in the audio below and stay tuned for footage of Rod and DNCE performing this live!