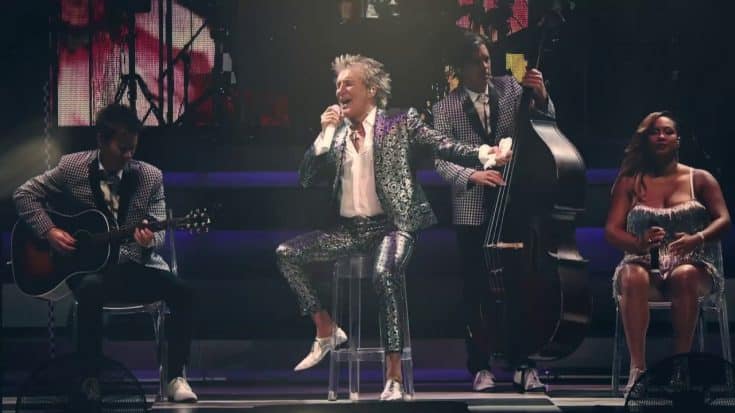 Rod Stewart and Cheap Trick are set to hit the road with their previously announced North American tour in June.

Cheap Trick will be opening for Stewart. The leg was originally scheduled for summer 2020, but postponed twice due to the coronavirus pandemic. The newly announced dates are now on sale.

The show will open in Vancouver on June 10 and ends in Edmonton on September 17. While most of the newly added U.S. tour dates go on sale to the general public on February 25, and Canadian dates go on sale on March 4, all via Live Nation. (The June 18 show in Santa Barbara, Calif., is an exception, with tickets going on sale March 4 via AXS.)

Stewart expressed his excitement for the tour in a brief video message saying:

“I really want you to come out, because we’ve had a bad time lately, and it’s really gonna be fun. So I’ll see you there.”

The “Do Ya Think I’m Sexy?” singer will close his North American tour with two legs of his “Rod Stewart: The Hits” Las Vegas residency at the Colosseum at Caesars Palace. The first string of residency dates runs from May 13-21, and the second goes from September 23 to October 1.

Both Stewart and Cheap Trick have new albums to promote on the road this summer. Stewart released The Tears of Hercules in November, while the band released In Another World last April.