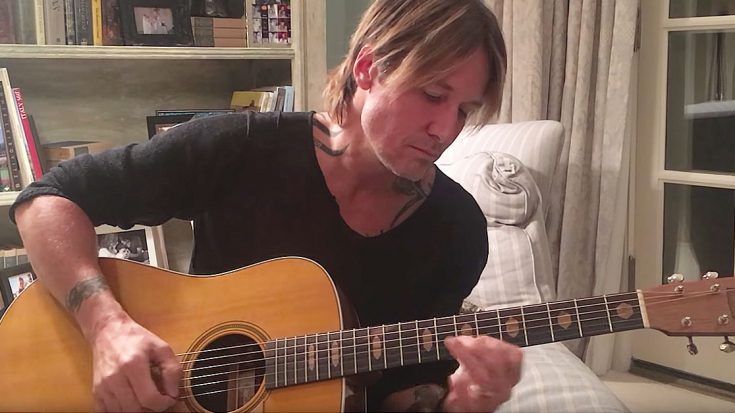 A Eulogy Fit For A King

David Bowie, Leonard Cohen, Prince – for a few brief moments, the icons we said goodbye to in 2016 live again as the works they’re most remembered for become a eulogy fit for a king. Country star Keith Urban rang in the new year with a tribute to the rock and roll icons who sadly did not live to see another year with us, and once the concert wrapped in the wee hours of 2017 took his one man show to the comfort of his living room where he reprised his performance.

Intimate and meant to make you reflect on the year gone by, Urban’s living room performance saw the Grammy Award winner breathe new life into those we lost by taking snatches of each of their best known songs and skillfully turning them into one cohesive piece that best sums up the impact left on us by their genius and fearlessness, somehow saying everything we’ve struggled to find the words to say – “Thank you,” “I love you,” “You saved my life,” “There will never be another like you and quite frankly, I’m okay with that.”

It doesn’t matter if you’re a country fan or can’t stand the genre; Keith Urban transcends music genres with this tribute, appealing to our youths spent watching MTV and waiting all day for our favorite song to come on the radio and the way he manages to fuse together the best these artists had to offer the world is nothing short of masterful. See how many you recognize and above all, enjoy!