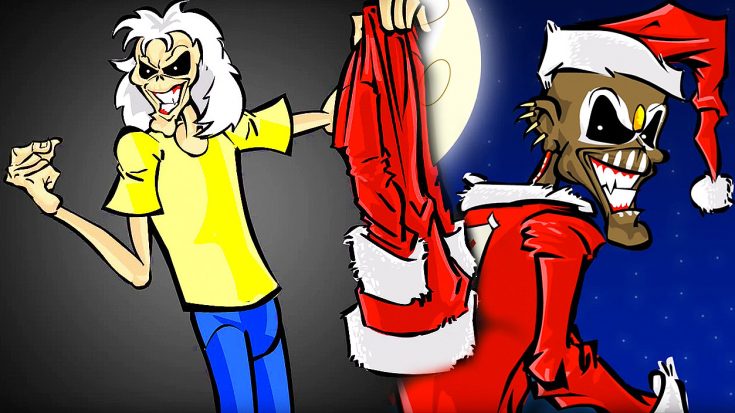 Santa has a whole new look!

In Celebration of the Christmas season, many rock bands decide to cover old Christmas carols, and inject a rock n’ roll twist into them! Sometimes, even fans will join in on the fun, and create their own Christmas-themed tributes to their favorite artists!

Val Andreade, an artist and die-hard Iron Maiden fan, took his tribute to the next level by creating a custom Christmas cartoon starring the band’s logo/mascot/icon Eddie. The video features Eddie in all of his forms, including dressed in the outfit from The Trooper, Number of the Beast and Piece of Mind! The cartoon follows an average dressed Eddie in t shirt and jeans, who finds a Santa Clause outfit, and puts it on. While the other Eddie forms laugh at him, “Santa Eddie” turns around to reveal a badass new look, and a “Kick Me” sign on his back! There’s a second installment of the cartoon that’s just as badass!

Check them both out down below!