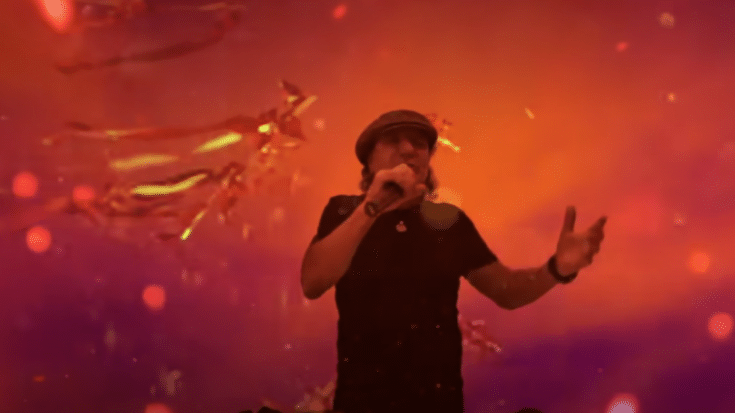 AC/DC is streaming the new music video for “Witch’s Spell”. Like the previous videos for their latest album “Power Up”, “Witch’s Spell” features footage of the band shot by Clemens Habicht along with animation by Wolf & Crow. This time, there are cauldrons, tarot cards, and a crystal ball as AC/DC powers through the track.

They previously released videos for “Realize”, “Demon Fire”, and “Shot in the Dark”.

“People have said we’ve hung around long enough! But some bands fade when they try to adapt to what’s current,” guitarist Angus Young told Guitar World. “We play rock music. It’s a little bit late for us to do a ballad. Rock is what we do best.”

“Sometimes I’m asked if I want to play music other than AC/DC,” he continued. “Sure, at home I play a little blues, but after five minutes I’m like, ‘sod this!’ And I’m playing hard rock again.”

Meanwhile, live music is returning and while both Young and lead singer Brian Johnson are ready to go back on the road in support of “Power Up”, bassist Cliff Williams isn’t fully committing but will most likely join them for a couple of shows. In fact, they’ve had several rehearsals before the pandemic temporarily shut down concerts and tours.